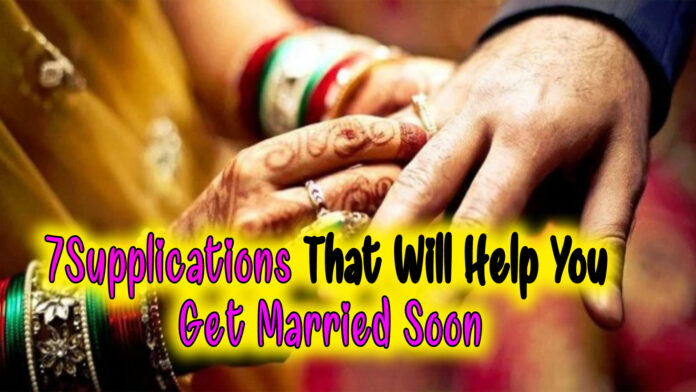 Now a days Finding a good marriage proposal for boys and girls both has become virtually a nightmare for their parents. Even though parents do wait for the right people to come but it is not only about arriving at the ‘best’ possible proposal now.

Almost all parents get worried and nervous if the marriage proposals for their children are delayed for any reason. When such circumstances we should have firm belief and faith in Allah and should never overlook the fact He has decided the right time for the right things to happen. There is no supplication specified for marriage proposals in the Holy Quran or the hadith of the Prophet (PBUH) mentioned in any hadith.

According to most Muslim scholars, there is no specific Quranic verse or hadith reference that is accredited to bringing in a good marriage proposal immediately. Whereas the recitation of some Quranic surahs at a certain time may help bring it. We have compiled for you a few wazifas that you may recite for a good marriage proposal.

The following wazifa for early marriage proposal is written in some of the authentic Islamic books.  They say that a young lady who receiving marriage proposals should have her father pray a namaz which is of 2 rakaats on a Friday after the Jummah prayers and after he has done the salam or completed the namaz he should  do Sajdah and recite the Surah Muzzammil 21 times. Soon she will be getteing a good proposal for marriage InshaAllah.

This supplication is about praying two rakats of namaz after wards the recitation of 11 times durood shareef. Recite 33 times Subhan Allah, 33 times Alhamdollillah, and 34 times Allah’o Akbarthe. These are known as the tasbihat of Bibi Fatima Zehra. You should recite 11 times the durood shareef after finishing the tasbeeh.

The next step involves the recitation the following Surahs consequently: surah Taha, surah Shu-ara, the surah Namal, the surah Qasas, and the famous sura Yasin.the wazifa says that the girl should also pray for the all girls of her community first. Inshallah a good proposal may arrive soon.

Some books write that one should recite Surah Maryam daily. The success to this wazifah is that the girl herself should recite this or her mother can do it for her also.

This wazifa or supplication demands that you should start their duas for getting a marriage soon by saying Durood-e-Shareef for 11 times. Then one should repeat ‘Allah’ for 313 times. At the end of the wazifa say Durood-e-Shareef 11 times. This supplecation is to be repeated for 41 consecutive days after every prayer.

Reciting the verse 24 of Surah Qasas is a dua that was made by Hazrat Musa (AS) during his exile. Hazrat Musa (AS) was at peak of desperation and loneliness when he reached out to his Lord, Allah and prayed the dua.

Most scholars say that if a young man reads this verse for 100 times a day he will InshaAllah get the best possible spouse for himself. While the girls need to recite Surah Dhuha 11 times after Fajr.

Surah Yasin is known as the heart of the Holy Quran due to its limitless blessings which are attributed to it. According to Mishkaat, Page 189, “Who ever reads Surah Yasin during the early morning hours of the day he fill find his needs fulfilled.”  Muslim scholars endorse the recitation of Surah Yasin for every need including a marriage proposal.

Concept Of Aqiqah In Islam | Hadiths & Dua For Performing Aqiqah

Family System in Islam Vs West