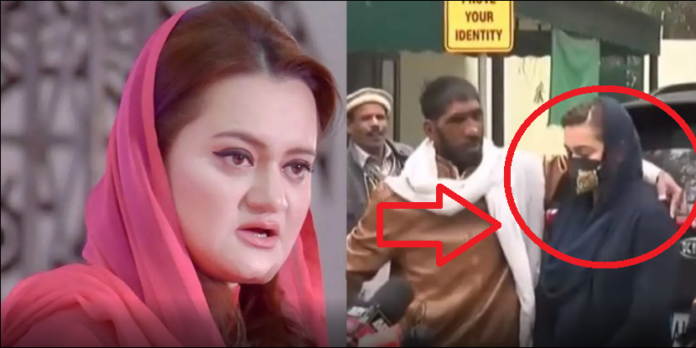 In any campaign conducted in favour of N-league Quaid, PML-Marriyum N’s Aurangzeb is a Sharif family loyalist and one of the front runners. She not only shed tears but also lifted her voice numerous times for Pakistan’s jailed former premier. Her allegiance to Maryam Nawaz and her father is to say the least, admirable.

A video of Marriyum Aurangzeb has recently been making social media rounds, with the netizens trolling her. She is seen speaking to the media in the video. After having it done, a man asks her to take a picture with him as she starts going back to her car.

Though nicely agreed to do so by the PML-N spokeswoman, the mysterious man wanted to pose around her with his weapon. Aurangzeb walked away instantaneously, like any woman might and declined to take the photo with him.

The guy literally went from “Please take a picture with me, Baaji,” to pulling off this stupid stunt that certainly didn’t see anything coming from Marriyum Aurangzeb.

Tweeps were swift to pull her leg as soon as the video clip appeared on social media. The trolls have a field day from saying how she ‘friend-zoned’ a fan, to how she’s okay to pose like that with a party guy, but not him.