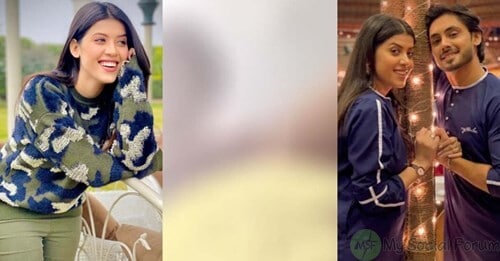 Pakistani TikTok star Aiman Zaman, is a famous tiktoker who has been ruling on many hearts, recently has been trapped in a Leaked Video scandal. An alleged shocking video of her has been trending on social media.

The beautiful and talented tiktoker has over 4 million followers. She has gained alot of popularity from tiktok as well as she has also done acting in Pakistani dramas. The 28-year-old is seen in shows like Hirrat and Soteli Mamta. The 28 year old actress has also joined her name with famous Pakistani brands on Instagram. Her fiancé named Mujtaba Lakhani is also a tiktoker and has also approximately 5 millions followers.

The famous TikTok couple recently appeared in the song Pain by Aryan Khan, which was released on YouTube some days ago. However, just after the release of the song, the miserable video incident of Zaman has been trending on social media. It looks like being in fame, one has to pay a lot for it and for the tiktoker it seems like it goes inseparable from these rumours and controversies. Every time we see the tiktoker stuck in such situations for the wrong reasons.

The inappropriate video of Zaman has  took the internet by storm because of its undesirability we are not sharing the video on this platform.

The Soteli Mamta actress and her fiance raises their voices to clear her position on Wednesday in which they clearly denied the presence of Aiman in a video.

Followed by this, they stood up with an evidence as they showed the full video of the clip. And told that a girl in a video is not her and she even doesn’t looks like her.

Moreover,talking further she expresses that she can’t believe for blaming of such a Shameful act as called by the users in comments and trolling her to such an extent without even look into it that whether it is true or not. She also lashes out to those people who have shared unverified video. 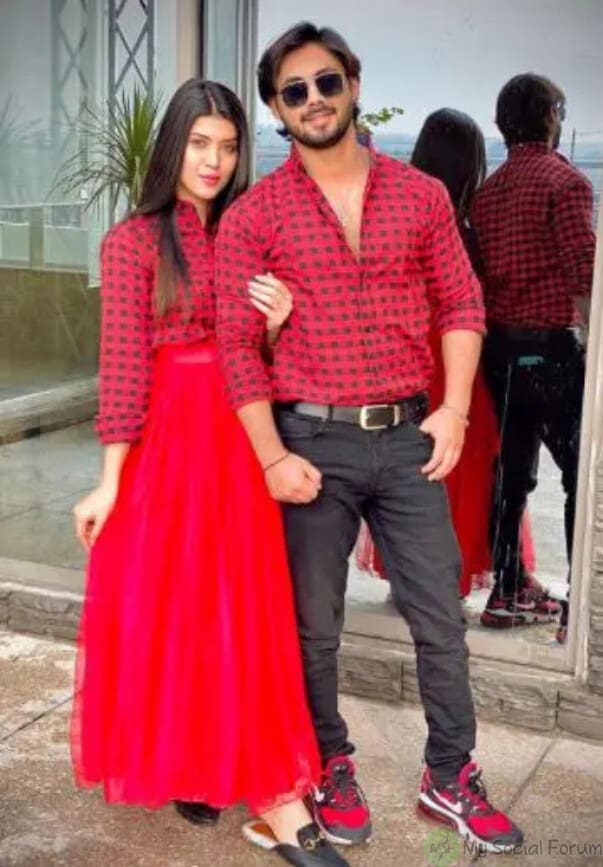 Lakhani, also warns those people for such an unacceptable act  of sharing drool video and told them that they could face legal proceedings for humilating a girl.

Watch the couple speaking on the matter

However, this is not the first case as the leaked video of tiktokers goes viral. Many Pakistani tiktokers were humilated in such a way in past as well from Minahil Malik to Jannat mirza all these were trapped in these controversies.

Its like there is every type of fish in the sea, while some are the victims, on the other hand some do these kind of shameful act just to earn fames and increase in the number of followers. Nadeem Mubarak is the name in the sea of fishes who made his own undesirable video respectively.