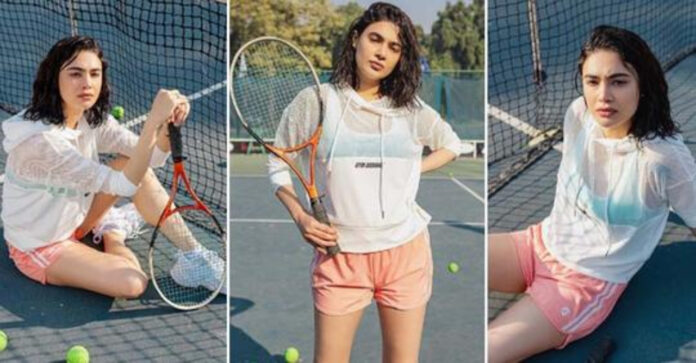 A top and most well-known model Saheefa Jabbar Khattak entered the showbiz industry with modeling and then started her carrier by doing acting. Initially, she worked really hard to get herself in achieving her name on the top model’s list and her all efforts gradually results in success and finally, she received the Lux Style award for the best emerging female model. 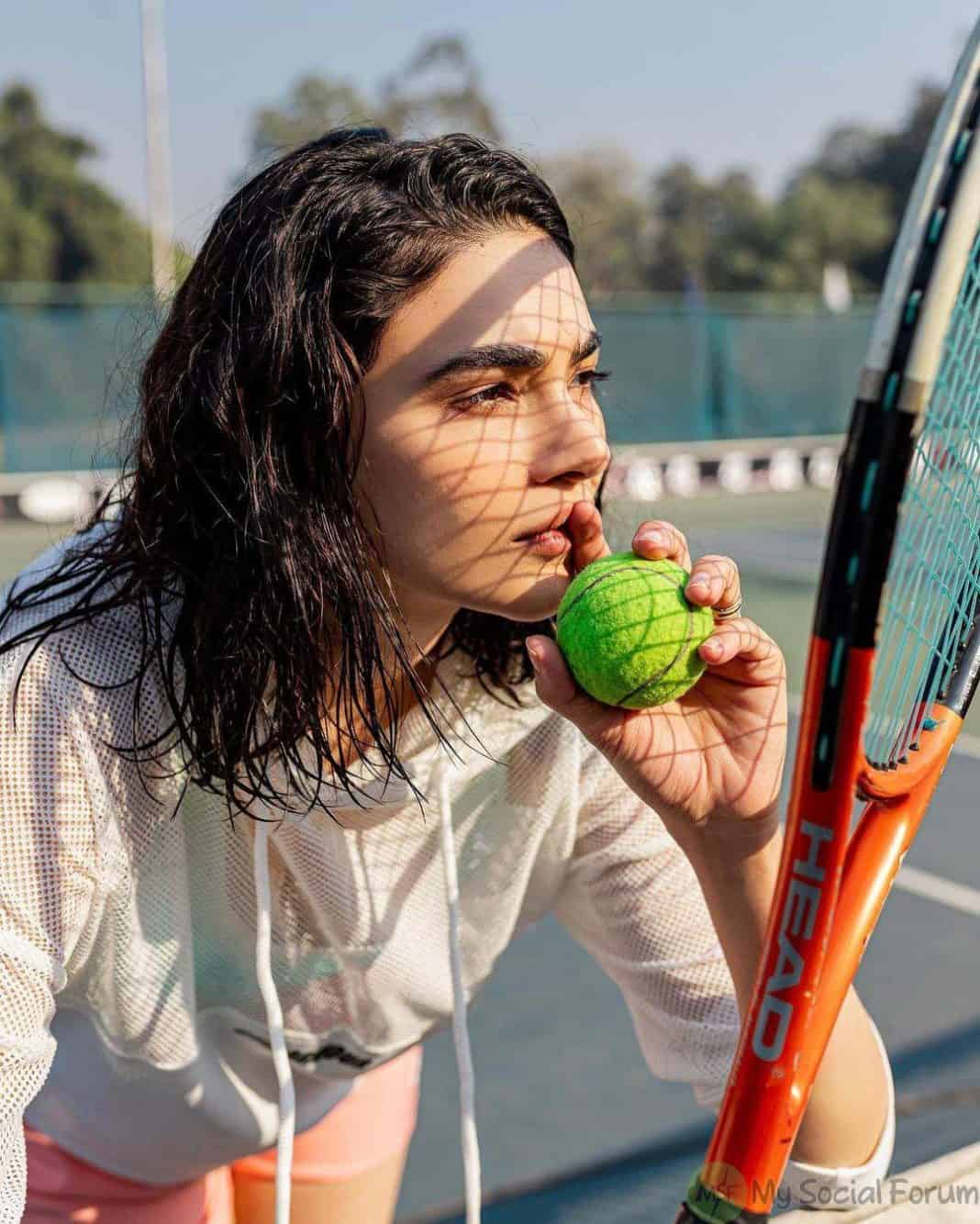 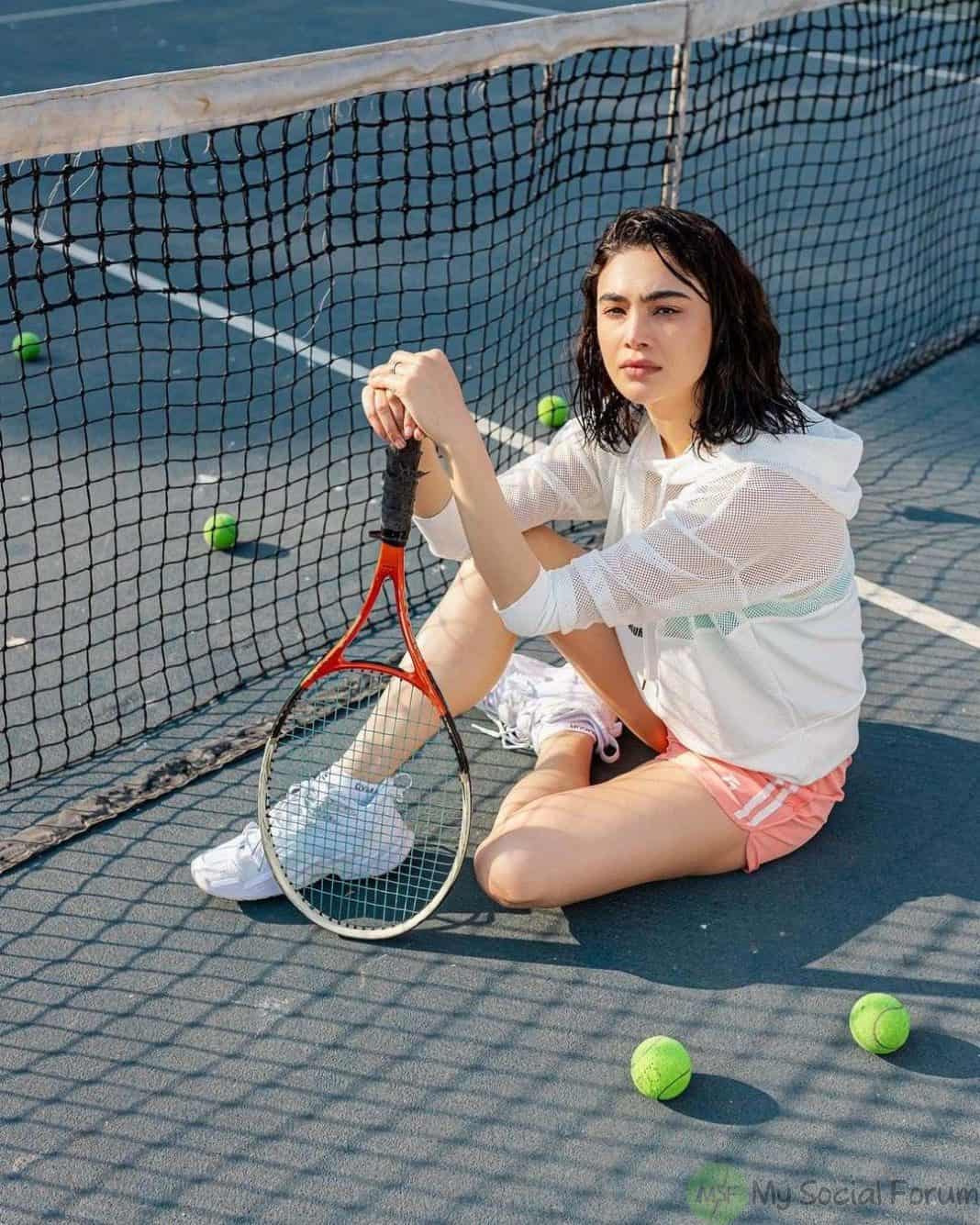 It wouldn’t be wrong to say that whatever and whenever she does she always tries hard to bring more perfection in her work which becomes a cause to winning her public’s hearts. She has also done many dramas and is appeared in many TV dramas. Her acting is always highly appreciable by people. Her drama series Beti also made her win her fan’s hearts. Her famous dramas include Teri Meri Kahani, log Kya Kahein Gay, Bhool, Beti, Choti Choti Batein are remarkable and are famous projects. 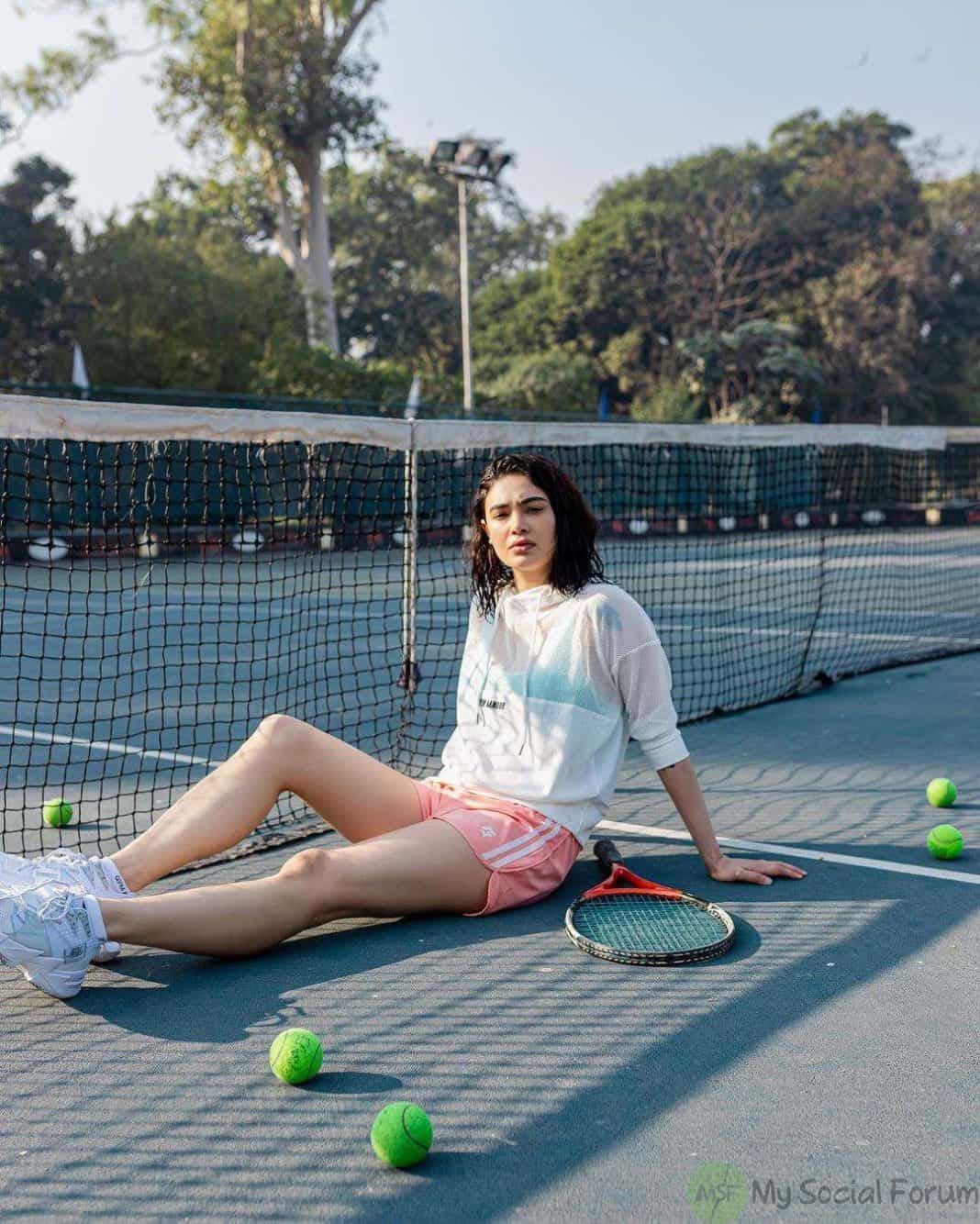 A few days back the actress is spotted and was seen that she was trying to copy famous tennis player, Sania Mirza while doing a shoot for Gym Armour. She is showing her athletic style by wearing a white shirt paired with pink shorts also holding rackets and tennis balls in her hands. But unfortunately, she has failed in copying Sania Mirza. 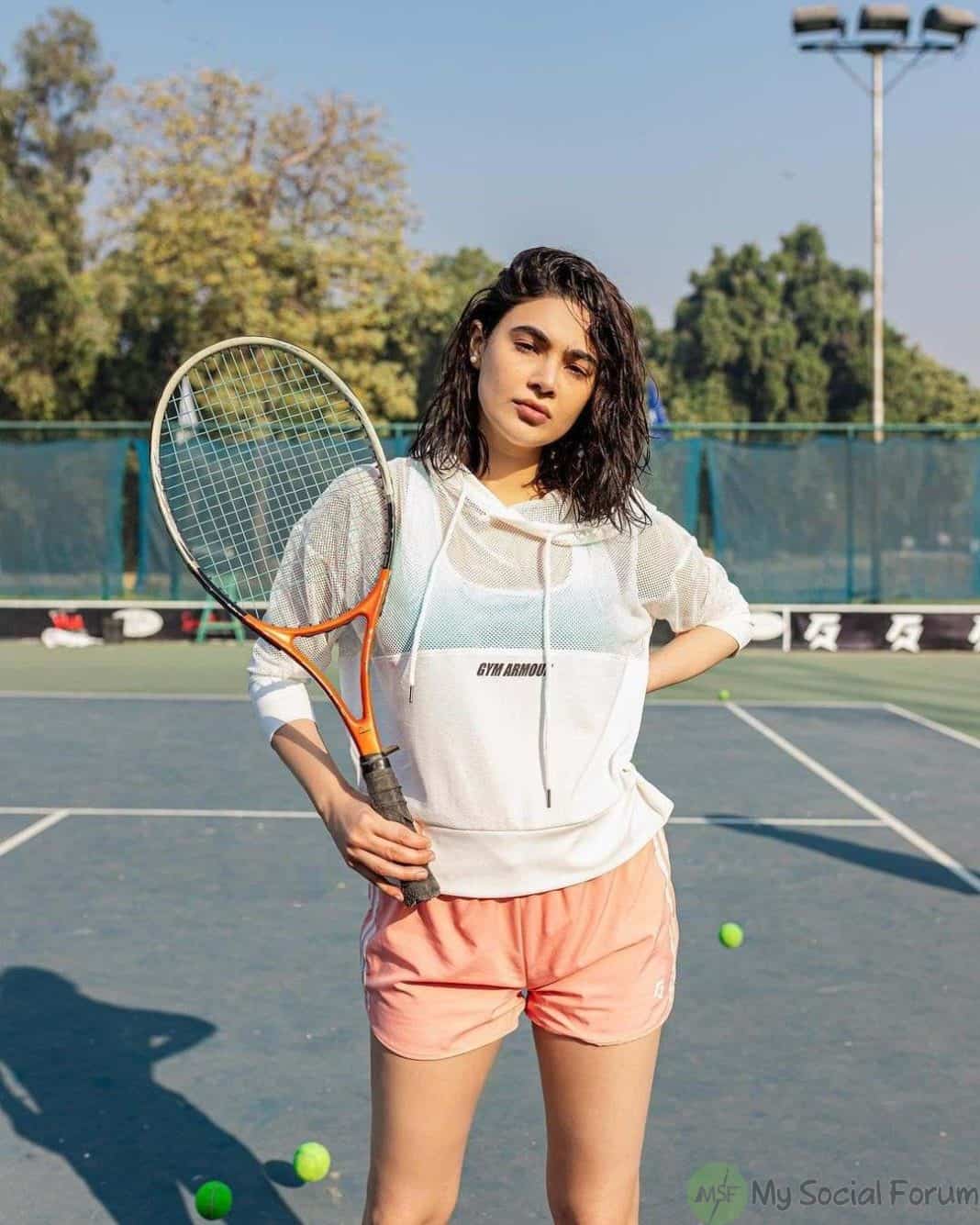 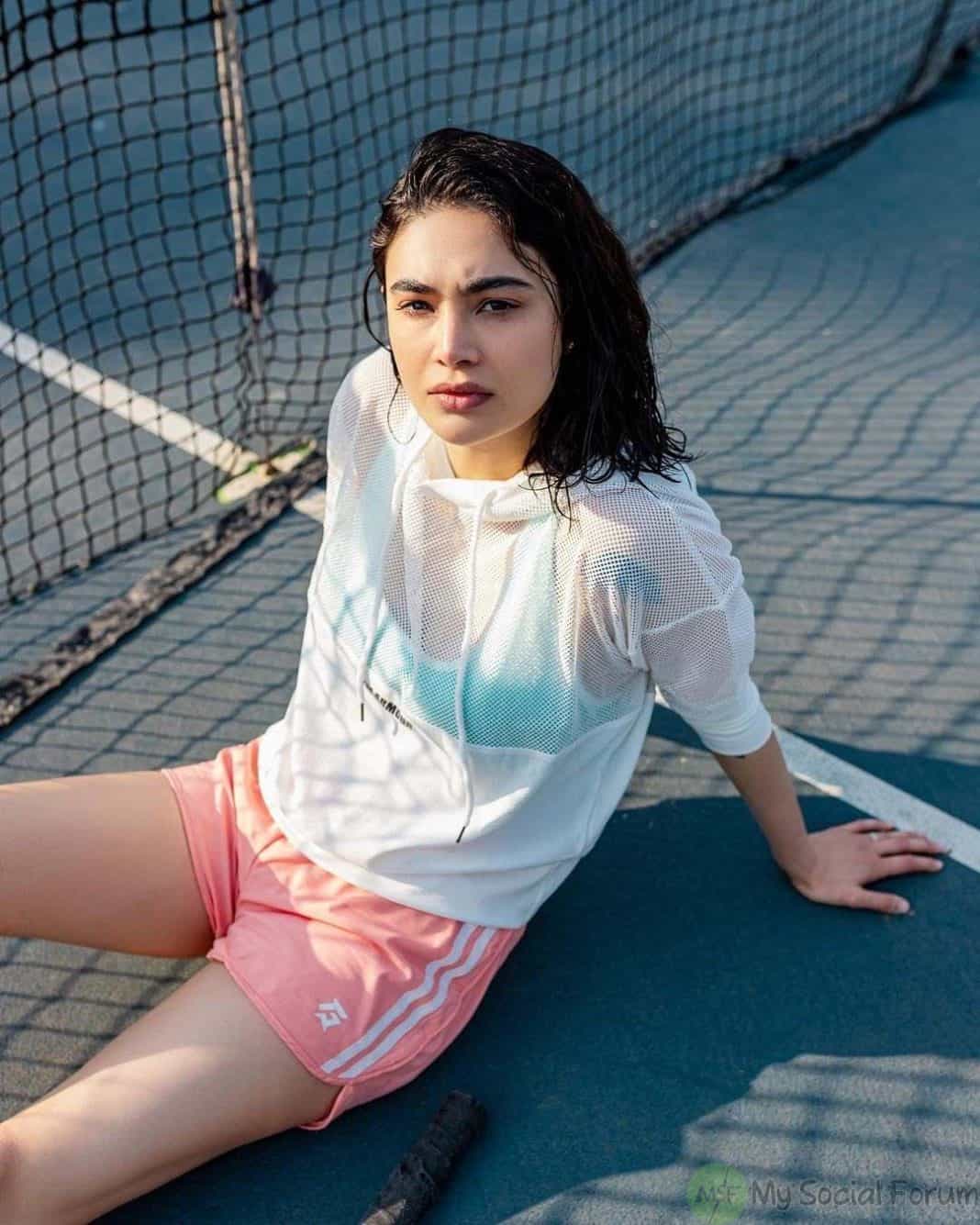 The following shorts are too short to handle and just look at the pictures that what’s actually wrong with the celebrities nowadays who just only prefer to show off their body.
These celebrities play their victim card when the people start criticizing them and also scold people not to interfere in their personal matters of what to wear. Everyone has an equal right and it is absolutely everyone’s right to choose for themselves whatever they like to wear. But they should also keep one thing in their mind not to cross the limits of the religion and the land to which they belong before doing these cheap and vulgar publicity stunts. Artists are always known as role models of their culture, and what they are showing surely doesn’t belong to us! Here are some of the bold pictures of this actress. Have a look!! 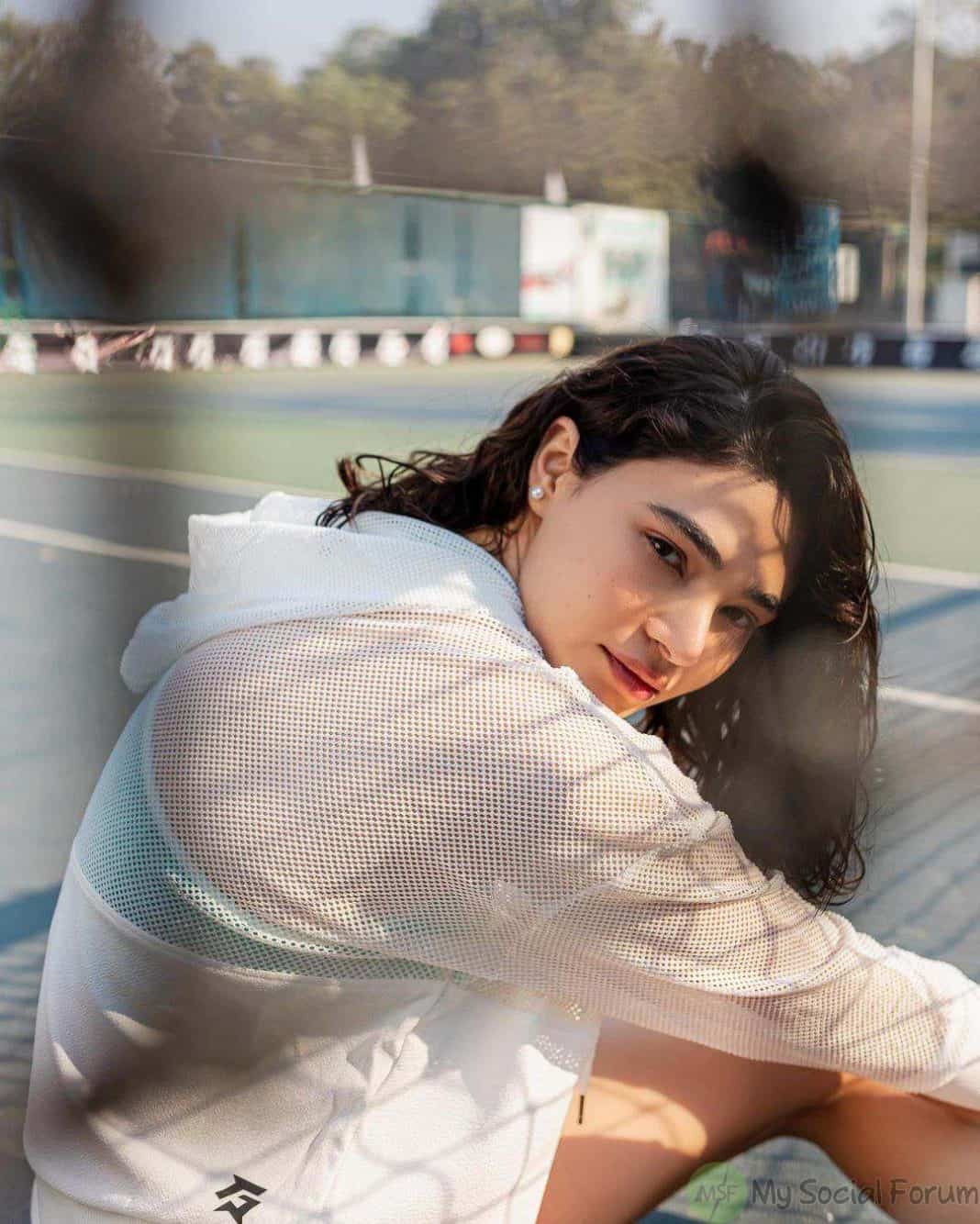 What do you guys think about these vulgar and bold pictures? Do comment in the comment section below…