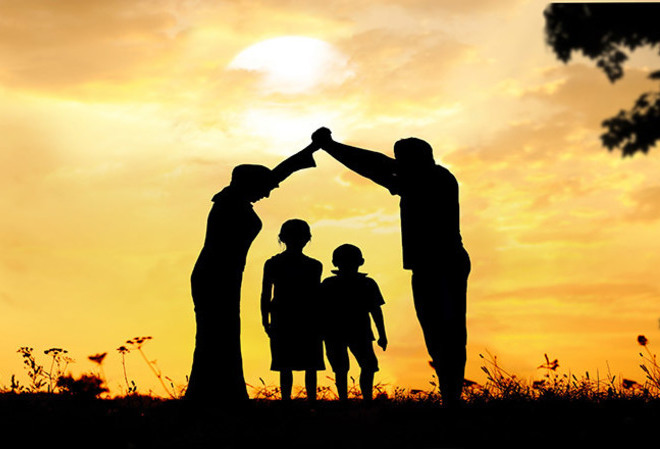 A perfectly balanced Family system provides the basis for happy life for every human being. Islam in contrast to the west has a well-balanced and sensible family system that is based on moral, religious, and cultural values. The family system is the key unit in every religion and every religion is considered incomplete without it.

In the absence of these people, a family could not be complete and it cannot get the status of a family. The main pillars of the family are husband and wife, a father and a mother, also a child. In Islam, these people are the essence of a strong family.

But in the west, there is the concept of single moms, single parents, and they consider it a family where only one parent is living with their children and the other is not performing his obligations.

2. Vicegrency and Purpose of Life

Men and women are considered viceregent of God, while in the west, there is no such concept of viceregency. The Holy Quran ratifies this as it states,

“Men are the protectors and maintainers of women, because God Has given the ones more (strength) Than the other, and because They support them from their means Therefore the righteous women Are devoutly obedient and guard in (the husband’s) absence What God would have them guard”.

Islam is the final religion and Deen, there is no religion that is considered much complete as Islam. Allah Almighty has promised to protect the teachings of Islam. In Islam, the stability of society is connected with the stability of the family system. If the family is facing any problem, society cannot survive. The west is facing such problems as their family system is not based on such values.

Islam gives equal status to men and women. The woman in the west is facing difficulties due to unequal status given to them. They are the victim of racism, intimidation, and gender violence. In ancient western history, they were just given the status of property of men.

Must Read: WHY WOMEN HEALTH IS IMPORTANT FOR A NATION

But Islam has changed their view about women as it has now equal statues as his male spouse. The both enjoy equal rights and they are also bound to perform equal duties.

5. Women are Guardians of the House

The practices of the Holy Prophet Muhammad (SAW) are a great example for us. In contrast, a working woman of west cannot handle the management of their house and they don’t have time for the better training of their children.

Read: 4 most important ways to spend Eid ul Azha in the righteous manner.

6 Common Mistakes A Muslim Should Not Make While Offering Namaz

5 Amazing Benefits Of Fasting In The Month of Ramadan, Which Enshrine Islam’s totality

What is Shab-E-Meraj? Know the importance and facts of this miraculous night in this article