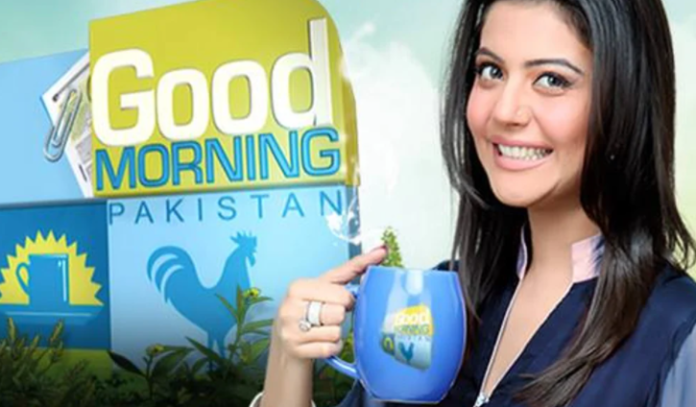 Our famous morning host of ARY show, Nida Yasir, has proven to be a controversial figure in the industry multiple times. Nida Yasir started her career as a morning show host rather than an actor because of less time to proceed her acting carrier.

When she was mentioning her journey as a morning show host, she commented;

My journey was a joyful ride, helping me figure out life along the way . My audience make me feel like I am at my maika (Parent’s House)

Nevertheless, this morning host has been accused of many past controversies taking place in her morning show for the sake ratings and impulse of being different in the business.

Following are the 5 times Nida Yasir has been famous for all the wrong objectives:

1. Red Handed Caught For Appointing Fake Audience In Her Show:

This morning show host has invited ‘actors’ multiple times to act sufferers on her show just to add a ‘slice of drama’ in the episode. When the community made noise about her planted audience, she commented;

In the past years, I have already disclosed these individuals as actors who are suppose to Reannact as a sufferer in the show for our audience

What so ever, this idea was very vague for the community because morning shows are suppose to be reality tv shows where the viewers expect to view real people rather than some actors.

Nida also invited a well- known celebrity, Shabbir Jan in her show and asked him:

I’ll be moving on to a few “SERIOUS” Queries

Nevertheless, Nida Yasir kept pushing him to answer some very personal questions on reality television. Even though, the actor did show his irritation but that didnot stop our morning host to keep enquiring about his personal life. Finally, the actor lost his temper and walked out on Nida during the show. Later on, to cover up the event, she explained that it was merely an act conducted.

Although, Shabbir’s Spouse disclosed that it was not an act, he really did walk out in anger. In her words;

My Husband became Angry and he really did Walk out of the show. Nida Yasir is just covering up her mistake now which was obviously done on purpose

3. Showing off her Michael Kors which came straight out from her bag!

Our host spent an entire episode to flex about her expensive shopping in front of everyone who cannot even dream to afford such luxuries. Nida Yasir flaunted all her stuff that she purchased on a holiday. Later on, she was accused of putting forward high-priced brands in front of the wrong community and then really hope for the audience to love this act.

This morning host invited a toddler in her show “Ahmad Shah” after his famous video on the internet. Instead of discussing about his future goals, she teased him to misbehave on reality television. She angered this young child on purpose and later on, requested the viewers to act like him.

Recently, Nida invited a rape sufferer’s parents on reality television, then she implied that she was just helping the family to get justice. However, the questions raised in the show very extremely insensitive. Later on when this act was criticized by he audience, she publicly said sorry for her actions.

The point to ponder is, whether this torture in the morning show will ever end?

The former actor and morning show host, Noor Bukhari commented that this torture is never ending and nothing is going to change:

A comment of Noor Bukhari who is former host of morning show makes it clear that things are not going to change ever:

Of course they all are doing this. All these type of shoes are useless as they call the sufferer and then they ask the host to make them cry. This  hideous behavior that compelled me to leave the show

The point that only 2 channels are conducting morning shows clearly shows that which entertainment is no longer appreciated by the viewers:

The reason is  that there are only two channels that airing morning shows states that the viewers are no longer welcoming such type of shows:

In addition, the twin sisters, Aiman and Minal’s discussion regarding the morning show will signify the fact that how even celebrities’ despise such content on shows:

Look what #AimanKhan has to say about this during the live session with her sister #MinalKhan.

The question is, when are these shows not banned on television? Even though Nida is very proud of her morning appearance and journey, but the community is repeatedly criticizing her for her foolish actions that are not desired on reality tv anymore. Will serious actions be taken place by the authorities to eliminate such vague content or we should wait for this morning host to reach a new low level?

The most talk in the town lady, Nimra Ali’s beautiful bridal Photoshoot

Why Model Amna Ilyas put ‘Ata’ on her face and amazed her fans?