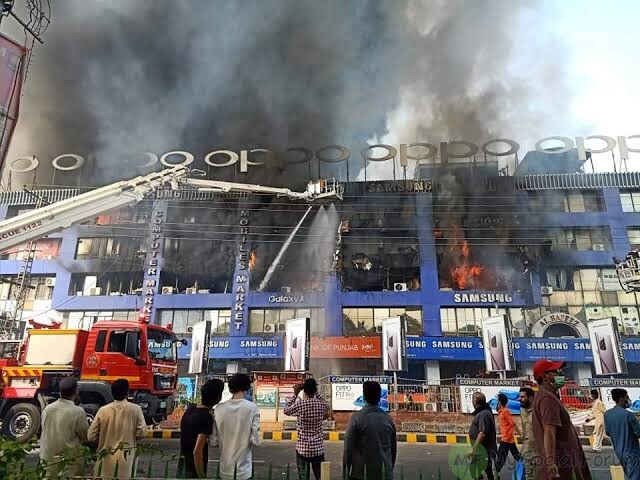 It is claimed that due to short curcuit of electricity causes the fire in second floor which has most of the fire.

Hafeez Center is the tech hub of the country which is located in Gulberg Main Boulevard Area of Lahore which is well Known for retailers and as well as wholesalers markets of laptops, smartphones, desktops and all other sorts of gadgets and accessories.

According to reports fire breakout around 6 o’ clock in the moring on Sunday and it keeps on expanding to the major floors of the building.

Around 2pm, reported that fire was under controlled by extensive fire fighting efforts and still no other further details were made public.

It is not possible to know the estimate of loss of overall damage caused due to fire but easily we can say figures will be in billions.