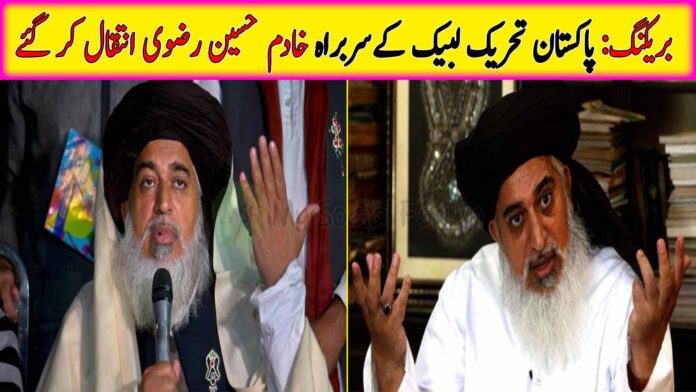 After his health condition deteriorated, Khadim Rizvi was moved to Shaikh Zayed Hospital in Lahore, according to the sources. Doctors reported that Khadim Rizvi had died and said that he had been brought to death. He had a fever and had difficulty breathing. Later on, the body of Rizvi was transferred to his house. 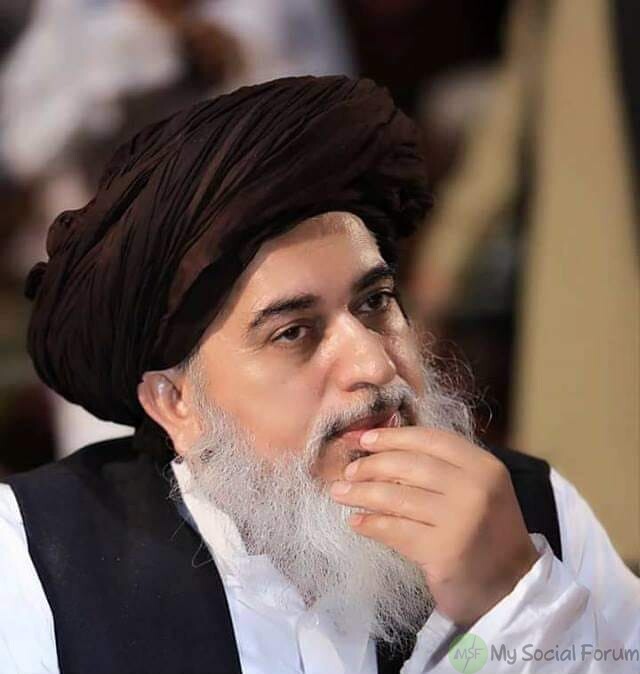 In the Pindigheb area of Attock District, Punjab, Khadim Hussain Rizvi was born in 1966. He began the Jhelum Hafiz Class. Further, he took admission in Jamia Nizamia, Lahore. He’s a Hafiz-e-Quran, a Sheikh-ul-Hadith.

He gave Friday sermons while in the Punjab Auqaf and Religious Affairs Department at Lahore’s Pir Makki Masjid. Since 2009, after an accident near Gujranwala, he has been confined to a wheelchair as the driver of his vehicle fell asleep while driving from Rawalpindi to Lahore.

He formed a political party in 2015 called Tehreek-e-Labbaik Pakistan (TLP), a Tehreek Labbaik Ya Rasool Allah (TLYP) political front. After the hanging of Mumtaz Qadri, who murdered Salmaan Taseer, the governor of Punjab, for opposing the laws of blasphemy, TLP came into existence and subsequently rose to fame.

Rizvi worked as an official of the Auqaf in the Punjab government during the assassination of the governor. The assassination had been justified by Rizvi on the grounds that Taseer had called the blasphemy law a “black law” In favour of blasphemy laws, he was served warning notices to stop and refrain from spreading his opinions, but his failure to do so contributed to his expulsion from public service.

Also Read: Watch: Kashmore’s Brave Daughter ASI reveals how she met the rapist & got him arrested

Rizvi had more chances to preach his views after his dismissal. To build support for Section 295-C of the Pakistan Penal Code, which deals with blasphemy committed against the Holy Prophet (PBUH), he travelled across the country. He also spoke on behalf of Mumtaz Qadri’s publication.

On November 6, 2017, Rizvi organised a long march from Lahore to Islamabad to press for the resignation of PML(N) law minister Zahid Hamid in the bill “2017 Election of Pakistan” concerning an alleged ill-motive change and favouring Ahmadi Muslims. Rizvi soon began to attract public support, other religious political parties and other segments of society, making way for protests nationwide to expand mushroom.

The general public approved the same call for the Law Minister’s resignation from the streets. The government eventually reacted with a forced shutdown of all news outlets, followed by the blocking of social media networks, to contain the situation and the flow of information. This created mayhem and confusion in the cities of Karachi, Rawalpindi, Islamabad, Lahore along with some others in Punjab.

On 31 October 2018, a Pakistani Christian woman, Asia Bibi, who was convicted of blasphemy, was found innocent in a Supreme Court decision after eight years of detention and conviction by all the lower courts. Justice Asif Saeed Khosa ruled that “had no regard for the truth” and that a “concoction incarnate” was the assertion that she blasphemed Muhammad in public.

This prompted the TLP to initiate demonstrations in Karachi, Lahore, Peshawar and Multan under Rizvi’s leadership. There were confirmed clashes with the police.

The Red Zone was sealed off by the police in the capital, Islamabad, where the Supreme Court is situated.