Two years ago, Pakistan proved to the world that we are capable of defending ourselves against an aggressor that is always larger and more resourceful.

Pakistan shot down an Indian plane and captured Wing Commander Abhinandan on this day in 2019. Pakistan still recalls an unforgettable day. The retaliation was in response to alleged strikes by Balakot that India carried out in Balakot, Khyber Pakhtunkhwa, Pakistan.

Today, Pakistan is celebrating ‘Surprise Day’ to mark the downing of the Indian plane as a tribute to the retaliatory attack by the Pakistan Air Force (PAF). Today is the second ‘Operation Quick Retort’ anniversary. 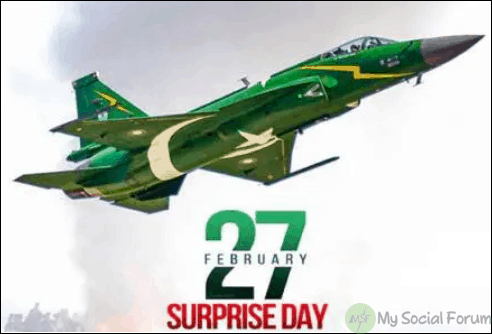 On this occasion, Air Staff Chief Air Chief Marshal Mujahid Anwar Khan warned that the urge for peace in Pakistan should not be mistaken.

“I thank all Pakistan Air Force personnel for their professionalism, bravery [and] determination shown in Operation Swift Retort.”

“Will always protect the motherland against all threats,” the Inter-Services Public Relations (ISPR) said.

27th Feb, 2019 is testament that Pak AF, with support of the nation, will always defend the motherland against all threats. It is not numbers but courage & will of a resilient nation that triumphs in the end. Pak stands 4 peace but when challenged, shall respond with full might

“On the 2nd anniversary of our response to India’s unlawful, reckless military airstrike adventure against Pakistan, I congratulate the entire nation & salute our Armed Forces.”

According to UNSC resolutions, India must take the requisite measures to fulfill the long-standing demand and right of the Kashmiri people to self-determination.

I congratulate the entire nation & salute our Armed Forces on the 2nd Anniversary of our response to India's illegal, reckless military adventure of air strikes against Pakistan. As a proud & confident nation, we responded with determined resolve at a time & place of our choosing

The operation was a reaction to the failed ‘surgical strike’ by India in Balakot. There, only a few trees managed to ‘destroy’ the Indian Air Force. Two Indian aircraft, a MiG-21 Bison and an SU-30, were shot down during the aerial skirmish with India that day. They reportedly tried to intrude into the airspace of Pakistan. 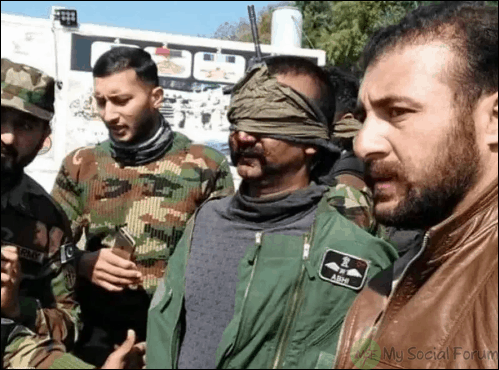 Pakistani authorities apprehended Abhinandan, the Mig-21’s pilot. The fighter jet had collided with Pakistani soil. Furthermore, the captured pilot was later released as a show of goodwill to India.

The failure was due to the lack of availability of aircraft such as the Rafale. They claim it would have affected the outcome of the Balakot crisis. LOL… Modi Seriously!

The Pakistani Twittersphere is ecstatic about the occasion.

2 years ago, PM Imran Khan warned India “In case of attack, Pakistan will not think about retaliating, it will retaliate”. What PAF did after that will remain an epic memory for both Nations. While we rejoiced the surprise, India learned a lesson for ages. #HappySurpriseDayIndia pic.twitter.com/WwTUluyFy2

#HappySurpriseDayIndia
After 27 Feb enemy morale is going down at a fast pace and they are liable to commit repeated mistakes.@Pak_Guardian pic.twitter.com/tIJGEwmqeG

Pak Doctrine : : 27 February is a day Of upset for India government and indian air force.
The Day Of Surprise for India 2 Mig are change into 2 Mug Of Tea.
How was the Tea?
And:"Fantastic Sir"
Hahaha
Proud Pak Armed Forces
PROUD of You Sir @peaceforchange#HappySurpriseDayIndia pic.twitter.com/INKH55DlcE

On 26 Feb…
"I said that we will surprise you. Wait for that surprise. I said that our response will be different.

Salute to the Heroes. We are always ready. Its a wise advice don't you dare to escalate🇵🇰#TeaIsFantastic #HappySurpriseDayIndia#27FebDayOfFantasticTea#TeaWasFantastic #Abhinandan pic.twitter.com/4skJNGc2Ya

Meanwhile, in the music video for his song “Tea is Great,” Ali Gul Pir pays tribute to four fallen trees.

As can be deduced, every year the PAF’s success against a much greater adversary is now observed as a ‘Surprise Day.’

Last year, the PAF showed the remains of the Indian jet MIG-21 at Air Headquarters in Islamabad to commemorate this moral victory and to mark the first anniversary of the downing of Indian jets on 27 February 2019.