A man and his wife were found guilty by the Rawalpindi court of raping and recording minors to blackmail them. Qasim Jahangir and Kiran Mahmood have been named as the accused couple.

Videos of ten minor girls and thousands of nude photos were retrieved from the suspects’ custody, according to the sources. In addition to this, the couple in question used a significant amount of money to sell pornographic videos and images to pornography websites. 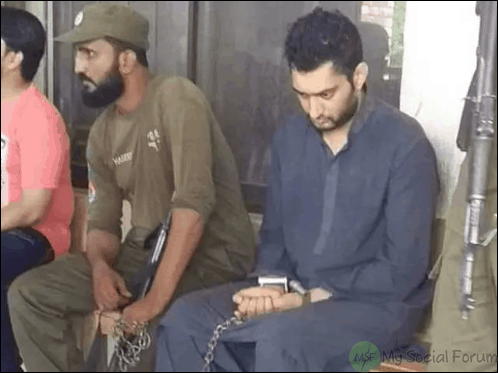 A death penalty was given to Jahangir by the Additional District and Sessions Judge. A life sentence was also granted for rape and graphic videos being made. Moreover, in addition to his life sentence, he was granted a three-year jail sentence.

Not only that, he must pay a fine of Rs2.5 million as well. His wife, Mahmood, meanwhile, has also been sentenced to life and has to pay a fine. It must be remembered that the pair were detained by police last year, in 2019. To blackmail them, they indulged in raping underage girls and recording their explicit videos.

The pair had admitted to raping as many as 45 minors and filming their rape, according to City Police Officer (CPO) Muhammad Faisal Rana. An update on the case on Monday was tweeted by the Rawalpindi police.

How did the police track the couple?

It was only after the girl’s complaint to CPO Rawalpindi that the police tracked the couple and arrested them. The girl who filed the complaint, according to the police, was an MSc undergraduate. She said in her complaint that she was drawn into their car by the pair. She also shared that they had taken her to a house where she had been raped and filmed.

There was a girl moving out of her college a few days ago. A masked woman came up to her and started to speak to her. The two went for a walk after she introduced herself as a student at a nearby girls’ college. Near them, a car then stopped and asked the two women to sit inside. 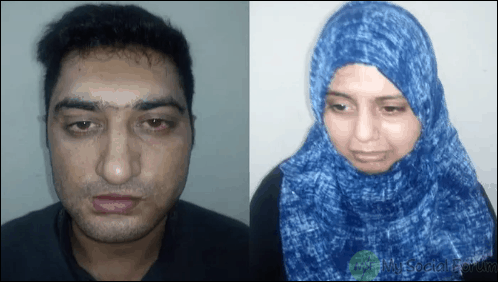 As their close relative, the masked woman introduced the driver and asked her to sit in the car. The black curtains were drawn as soon as the girl was inside the car. The car was driven to a villa in Gulistan Colony, where she was raped at gunpoint by the accused while his wife was filming.

It is unfortunate that not enough has been achieved by the Pakistani government to stem sexual harassment against women. There has been no realistic solution yet in place around the world.