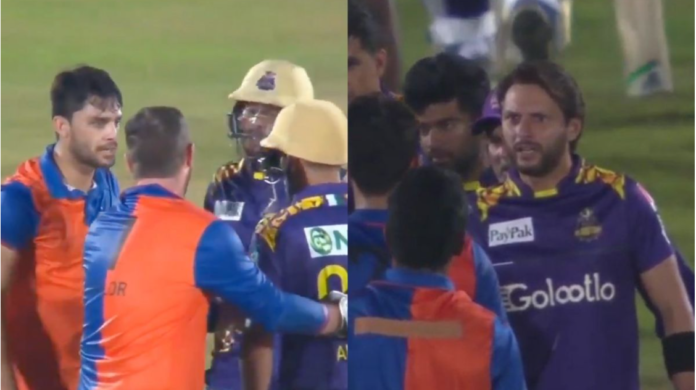 Sports is all forms of usually competitive physical activity which, through casual or organised participation, aim to use, maintain or improve physical ability and skills while providing entertainment to participants, and in some cases, spectators.

The ongoing Lanka Premiere League 2020 soon after PSL V has been nothing small of entertaining and dramatic for cricket lovers everywhere. Few clashes often happen, which added chaos in the match and things get pretty messed up.

Last night at LPL 2020 match between Galle Gladiators and Kandy Tuskers, things get pretty messed up.

As Kandy Tuskers win their first match at LPL 2020 by comfortable 25 runs. The dispute has been started by Afghan player Naveen Ul Haq as he was struck for boundaries by Mohd Amir. He kept on abusing Mohd Amir and added more drama for the cricketing fans.

Smiles from Afridi – and then a scowl! 😁😠

Afghan Bowler, Naveen Ul Haq gone wild after he was struck for boundaries by Mohd Amir.

Shahid Afridi came to support Mohd Amir and gave Naveen Ul Haq the glare and the fans are loving it.

Afghan cricketer Naveen-ul-Haq constantly abuses at Muhammad Amir during game in LPL.
Everyone tried to stop him but he continued abusing him.
After the match, Shahid Afridi asked him angrily [Kia Hogaya Hai, what happened] and stared him angrily?
This is LALA ❤#afridi #LPL20 pic.twitter.com/FIN1QF7fs8

As things get pretty aggressive last night. Shahid Afridi, Mohd Amir, Naveen Ul Haq and LPL were the most trending discussion on Twitter, Facebook and on social media. 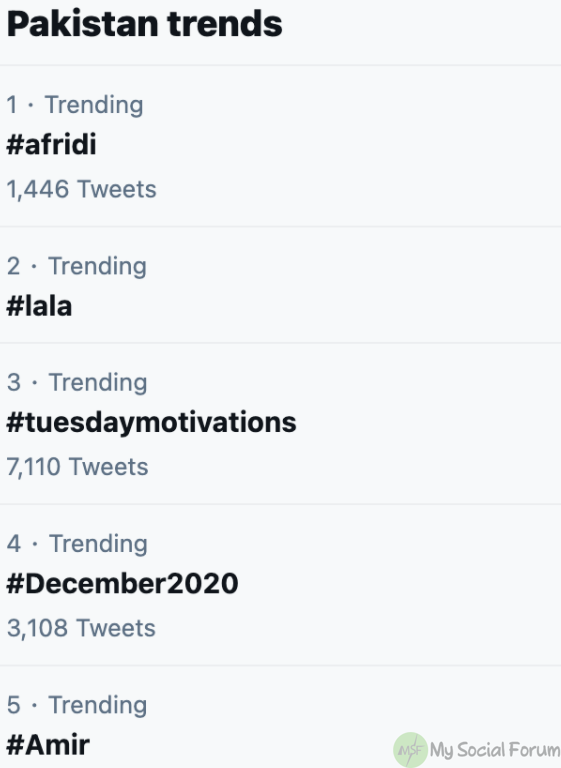 Also Read: Pakistanis Tag Afridi As A “Hypocrite” After He Allows A Woman To Touch His Face

Fans and People all across Pakistan are questioning about the disrespectful behaviour of Afghans Players as they were specially trained to abuse and mock Pakistan Cricket Players.

Aggression is important to trigger your opponent, but this kid #NaveenulHaq is going a bit two far by taking it off the field. Is it the culture or he is not just groomed as a player.#LPL #afridi #Amir #GGvKT #wintogether #HoldingTheFort #LankaPremierLeague pic.twitter.com/Y1OOJOgDR6

In a reply, Pakistani Fans are comparing the moment when Afghans Player often cries after losing with Pakistan and still we show mercy and great sport spirit to them.

More on, She further says ” Afridi is a legend. And you are Namakharams everyone knows. So Apni aukat na bhoolo. “

First Don't copy a style of a legend. #afridi . #Afridi is legend. And you are #Namakharams everyone know. So Apni aukat na bhoolo. #Afrid#lala #LPL2020 pic.twitter.com/L7NTf5wsLu

As expected, Hatred Shown by few Afghans Fans and making it personal between Pakistan vs Afghanistan.

Mother fucker afridi the fukistan gul khan fuvkistan is our enemy forever just keep this in ur mind pic.twitter.com/Z0wCnyt3pB

But overall, fans are adoring the kind gesture of Shahid Afridi towards Mohammad Amir.

When he was in liquid form, lala was in uniform 😂
When Afridi saw a namak haram afghani #afridi #shahidafridi #LPLT20 pic.twitter.com/Ov8v7AMZuz