To our frustration, it appears like our country is going through a vicious cycle of sex offenses. Another horrific case of gang rape came from a female beautician who was called to a house and reportedly gang-raped in Lahore by four beastly men. 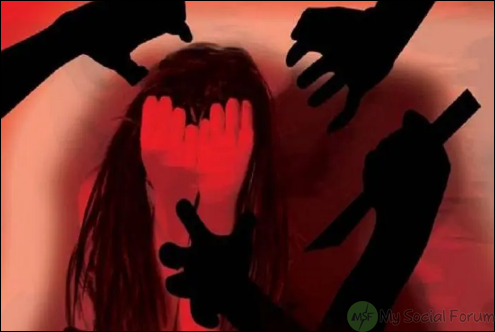 A beautician was reportedly summoned to a house to get a woman’s make-up done and then gang-raped by four men. A complaint was lodged at the Nishtar Colony police station by a survivor from the Youhanabad district of Lahore.

She said she had received a call six months ago from a nurse named Asiya, who had called her to come to her house for make-up services. They gave her some juice mixed with narcotics, according to the survivor, and then sexually assaulted her.

Also Read: 4-Year-Old & Her Mother Were Gang Raped And Tortured In Kashmore

She says, in addition to this that the perpetrators made objectionable videos of her. Not only that, but for six months, they have managed to blackmail her.

The victim told the police that if she told anyone the accused threatened to make her video viral. They then called her home again to make things worse and tried to kill her brothers.

The FIR was reported at the police station in Nishtar Colony

As of now the police have filed a complaint against five suspects in the case, including the nurse. In addition, Sarfraz Jeewan, Saleem, Nazir, and Munir Masih have been named as suspects.

An investigation is currently being conducted, according to the police, as the matter looks very suspicious. It also adds that the true truth will come to light and the offenders will be revealed.

Dananeer Mubeen Dances On A Cultural Pashto Song At A Wedding