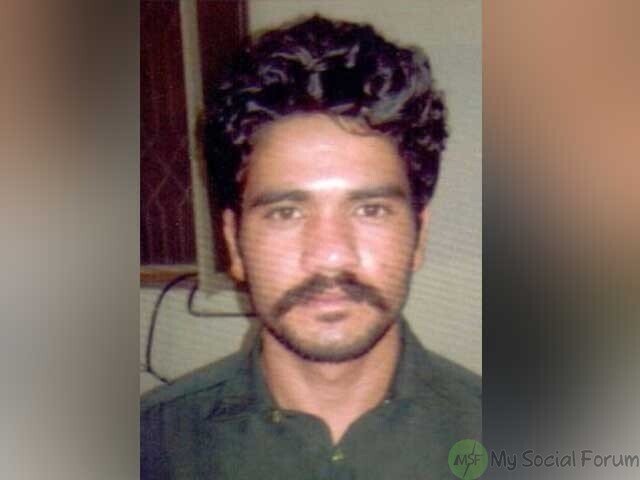 This Tuesday, an anti-terrorism court sent Abid Malhi, The main man suspected in the Lahore motorway gang rape case, on a judicial remand of (14-day) for an identification parade.

A team from the CIA Model Town police station had earlier presented the suspect before in the court of Judge Arshad Hussain Bhatta. The worthy judge approved the police’s request to hold an identity parade of the man in question.

The other suspect of the case, Shafqat Ali, was also handed over to the local police on physical remand till October 28.

During the motorway incident, a mother of two was gang-raped by two armed men right in front of her children in the middle of the night. When her car ran out of fuel at night during driving towards Gujranwala. The incident sparked nationwide protests.

Also Read: An Alleged Rapist Was Released On Bail After He Married The Victim In Court, In Rawalpindi

A police report on the incident indicates Shafqat Ali and Abid Malhi, the woman, and stealing her money and other valuables.

Shafqat Ali was arrested a few days after the incident took place while Abid Malhi was in hiding when he was caught from Manga Mandi, after 33 days of a chase conducted by the Punjab police.

On last Monday, the Punjab Inspector-General of Police (IGP) Inam Ghani told the press that a special investigation team under DIG Investigation Lahore Shehzada Sultan modern technology along with the scientific approach, arrested the prime suspect of the motorway gang-rape incident.

While talking to reporters the IGP said that a special investigation team daily submitted a
report to Chief Minister Usman Buzdar and IGP Office about the progress of the arrest.

How Abid dodged his arrest?

During his interrogation, Abid Malhi explained how he managed to escape from the law. He said he went into hiding for almost a month before being caught by the police.

The prime suspect revealed to the police that he first fled to Nankana Sahib after raping the woman as Shafqat, ran off to Dialper.

Malhi told the cops that he traveled through most of the cities on public transport,” sources quoted the suspect as saying that he got caught after running out of his money and had to contact his wife.

Malhi revealed that he and his partner Shafqat also robbed a few truck drivers near the Karol village along the motorway before they assaulted the woman in the car.

The suspect told the investigators that he noticed the car’s flashing indicators, and when he saw a woman inside, he ordered her to leave the vehicle. When she refused to oblige, he broke the windows of the car and dragged her outside.

The prime suspect also revealed that he, along with his accomplice, fled as the Dolphin Police force arrived on the spot and fired some shots in the air.