Remember the expelled pair from the University of Lahore (UoL) whose public proposal went viral on social media recently? It appears that the UoL couple has recently married!

A brief video clip of a girl getting down on her knee and proposing to her boyfriend with a bouquet in her hands went viral last week. It quickly spread like wildfire among social media users. It was only a matter of time before the video reached the university administration, and the two were expelled. 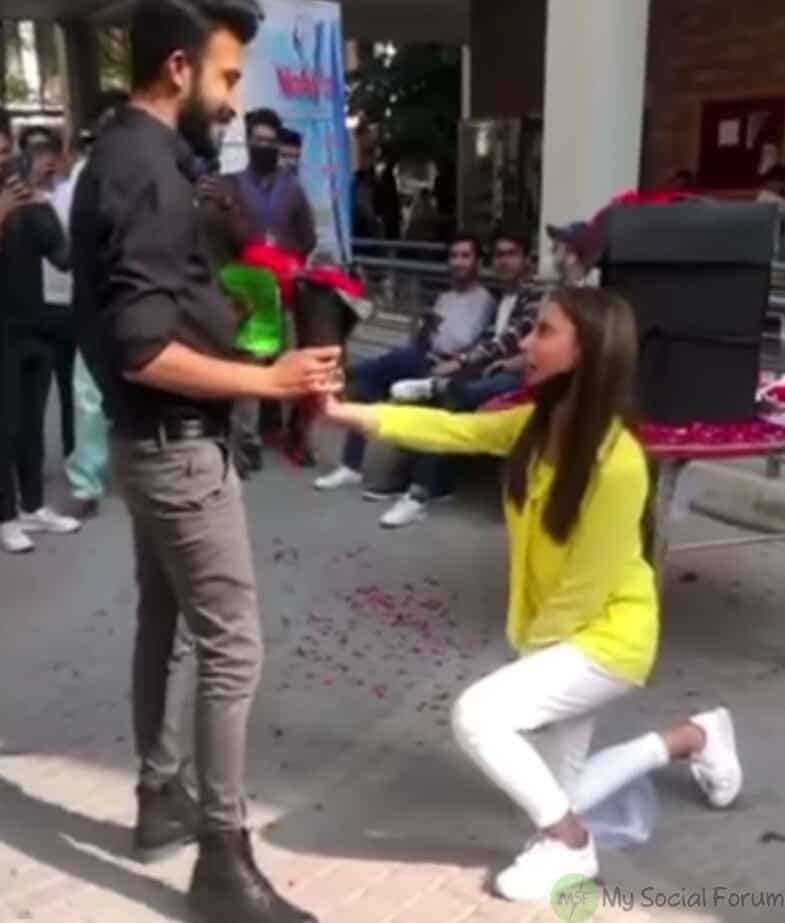 The girl says something to her beau while on her knees in the video, which was meant to be cheesy or maybe “romantic,” and then the couple is in each other’s arms and the video ends. The audience could be heard ecstatically applauding and gushing about the pair.

As soon as the video was received by the UoL administration, the couple was subjected to a swift and serious punishment. The university published an official notice on Friday, stating that both students would be expelled from the university. It also prohibited them from accessing the university’s grounds.

Is it true that the couple got married?

“The couple married after getting engaged in public at Lahore University. We recommend that the university re-admit them both. Those who called the couple’s move obscene should be embarrassed. (Daily Jang Lahore),” wrote one Twitter user.

The girl then went on to express her gratitude on her alleged Twitter account, confirming the story.

Earlier, the man took to Twitter to protect his fiancée from all of the media trials. He apologized for everything and accepted full responsibility. “Please do not speak about her character,” he said to everyone. She is a noble young lady. If there’s someone who lacks character, it’s me.”

“Don’t say anything negative about her because it would damage her and her family. He said, “They are still hurting and worrying about their daughter.”

In the meantime, the girl asks him not to blame himself.

No shery ! If anyone's fault then it's mine, do not blame urself 🙏 https://t.co/W90yWmqKb0

A day after their video became a social media sensation, another video surfaced in which the couple was seen candidly discussing their viral video. Their reaction was not at all what one would have expected. The couple didn’t seem to expect their proposal video to go viral so quickly.

Furthermore, the girl clarified on her supposed Twitter account that it was not a “publicity stunt.” She shared her appreciation to all for their motivation and kind words. As a result, we now know that the UoL couple has married.