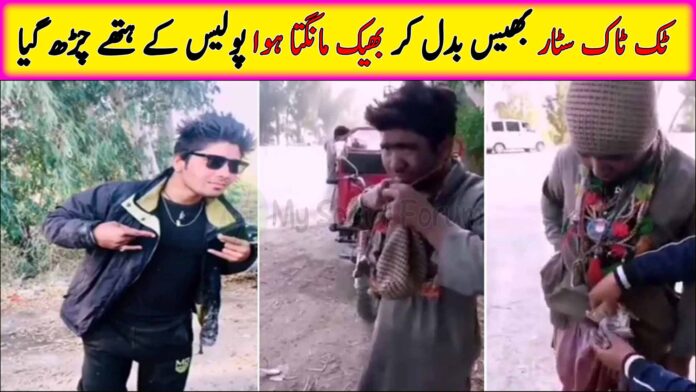 Sialkot: Nauman Alias, the famous TikTok actor, was arrested by police patrolling the highway after he was spotted begging in a beggar’s disguise. On the lip-sync short video sharing site TikTok, Nauman Alias has 1.4 million followers.

Video: Police arrest a TikTok star in a beggar’s disguise.

After checking his pockets, the police seized foreign currency from his pockets, including US dollars and Saudi Riyal, worth PKR 80,000.

The arrested TikTok star used to trick people, according to the patrolling police, by putting ink on his face and begging them. He was assigned to the police department.