Police arrested a woman in Karachi on Wednesday for torturing and assaulting her mother-in-law. The shameless act of beating an elderly woman violently left us absolutely speechless.

A video in Karachi City showing a woman beating her mother-in-law is making social media rounds. The video, a little over a minute long, shows a monstrous woman with bare hands beating her helpless mother-in-law.

The maid filmed the video, as it seems, in which the woman is seen pushing and beating her mother-in-law. In addition, in the absence of her husband, she observed her boss being tortured and beaten by the elderly. That, too, not just once but several times, which is why this time she chose to film her on the sly in the act. 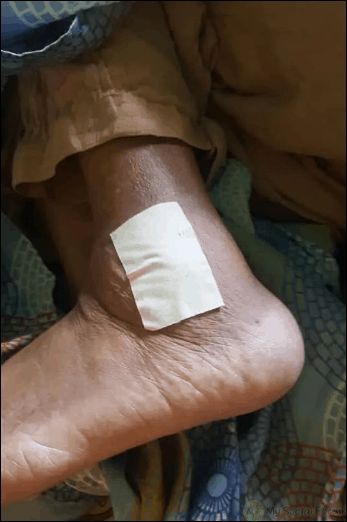 The woman, on the orders of her mother, had also tried to kill her husband with a stick, the maid revealed.

The woman’s husband lodged a lawsuit against his wife for beating up his mother in his absence, according to the reports. He told them that every time he came back from work, he would find new bruises on his mother.

The husband was reportedly unaware of the ongoing physical torture, as per the details. It was not until their housekeeper disclosed the torment that his mother was enduring.

A case has been registered at the Boat Basin Police Station as of now, and the suspect has been put behind bars. Furthermore, further inquiry is pending.

It is important to note that the incident was posted on Halaat Updates by a Facebook user who shared it. There are yet to be identified more information.

Also Read:
The husband of Nadia Khan shared his love for Nadia in a live broadcast.

In the recent past, several such events have surfaced. A video posted by a girl called Zoobia Meer appeared on the Internet last year. She documented her child, called Arsalan Meer, violently beating his mother in a shameless act.

In the video, we could see his wife urging him to torment and hit his poor mother ruthlessly. In addition to this, the lack of mercy displayed in the viral video shocked the entire nation profoundly.

Pakistani users of social media were highly enraged by the incident. They were not only fumed with rage, but they also challenged the unleashed monster to face the worst of his actions’ consequences. They set him free by giving a bribe to the corrupt police officers.