“Glory to (Allah) Who did take His Servant for Journey by night from the Sacred Mosque to the Farthest Mosque whose precincts We did bless – in order that We might show him some of Our Signs: for He is the one Who heareth and seeth (all things).”  (17:1)

The word Isra means to walk in the night and Miraj means ‘to ascend’. The terms together are used to highlight the miraculous journey of our Holy Prophet Muhammad (SAWW) which he made from Makkah and then the ascents to the divine skies up.

This historic event that took place in Islam are filled with super natural phenomenons and lots of tales. It signifies the miracles which Prophet Muhammad (SAWW) faced and also tells us that what other prophets, such as Hazrat Musa A.S, Hazrat IbrahimA.S, and various other prophets experienced.

This event of Shab-e-Miraj holds a lot of significance as our beloved Holy Prophet Hazrat Muhammad (SAWW) communicated with Almighty Allah who grant the resolution of calling Prophet Mohammad (SAWW) to Him.

This event took place on the  27th Rajab of islamic calendar in which it was stated that Hazrat Jibrael was ordered by Allah to go along with Prophet Mohammad (SAWW) to Him.

The Day When This Night Happened 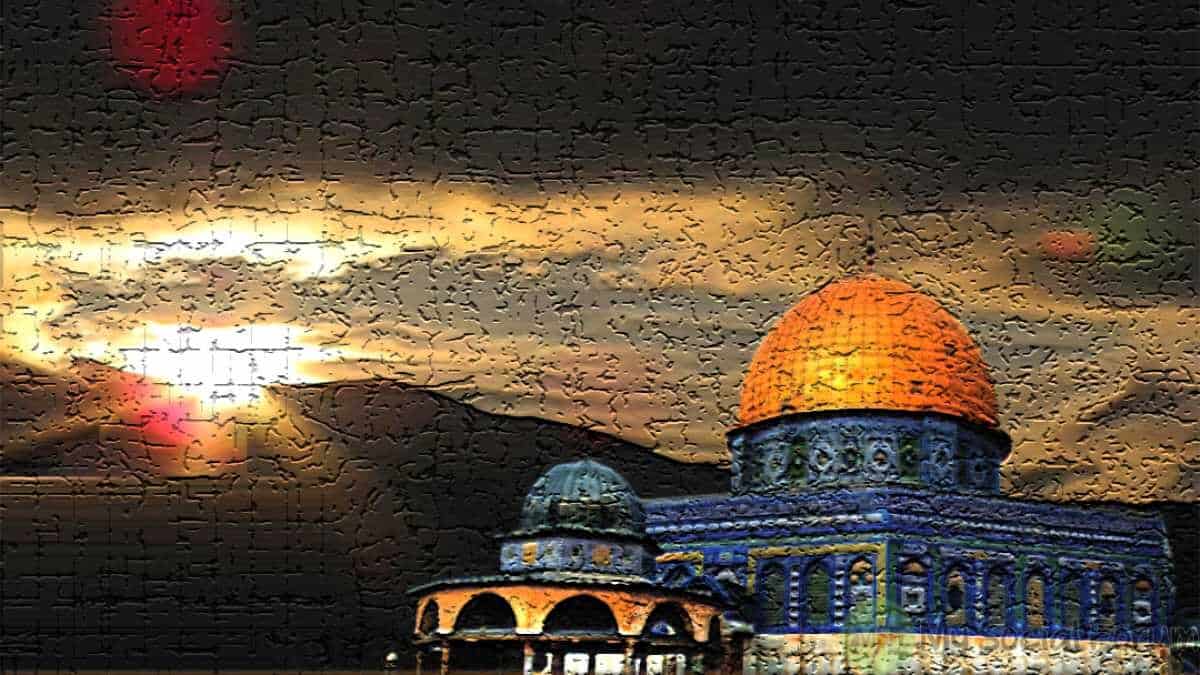 The Miraculous night happened on the 27th Rajab according to Islamic calendar. The Believers of this night of blessing believe that Allah (SWT) sent Hazrat Jibrael (A.S) to accompany Hazrat Muhammad Mustafa (S.A.W).

How Did It Happen?

Our beloved Prophet Muhammad (SAWW) was first taken to from Masjid al-Haram, Makkah to Masjid al-Aqsa, Jerusalem. This super natural and miraculous journey then started and Prophet (SAWW) ascended to the skies to experienced another turning occurence in his life.

“While he was in the highest part of the horizon: Then he approached and came closer, And was at a distance of but two bow-lengths or (even) nearer; So did (Allah) convey the inspiration to His Servant (conveyed) what He (meant) to convey. The (Prophet’s) (mind and) heart in no way falsified that which he saw. Will ye then dispute with him concerning what he saw? For indeed he saw him at a second descent. Near the Lote-tree beyond which none may pass: near it is the Garden of Abode. Behold, the Lote-tree was shrouded (in mystery unspeakable!) (His) sight never swerved nor did it go wrong! For truly did he see of the Signs of His Lord the Greatest.” (53:7-18)

What Happened On This Night?

During the journey of the 7 heavens, Prophet Muhammad (SAWW) met important Prophets and each of them shared something important with the Prophet Mohammad

Second Heaven:
Prophet Muhammad (SAWW) then met with Prophet Yahya (AS) and Prophet Isa (AS), who were not just Prophets of their time but also shared the relation of being maternal cousins.

Third Heaven:
Prophet Yusuf (AS) who was very famous for his beauty met with Prophet Muhammad(SAWW).

After meeting his brother, Prophet Muhammad (SAWW) then met with Prophet Musa (AS)on the sixth heaven.

Seventh Heaven:
At this stage standing near Bayt al-Mamur, the place where angels follow Tawaf same as Muslims do around Kabah, Hazrat Muhammad (SAWW) met with Hazrat Ibrahim (AS). On the seventh heaven, it is written that our Prophet (SAWW) saw Sidra-tul-Muntaha, a tree which puts the end to heavens and from where the road to Almight Allah’s place starts.

The Importance of Salah

“O Muhammad! These prayers need to be performed five times a day. However, there are ten rewards for each prayer!”
(Muslim)

It is said that when the Prophet Muhammad (SAWW) met with Allah and out of the many conversations of the Holy figures had, the importance of prayer was highlighted among them in which Allah made the five prayers compulsory for all Muslims. It was the Prophet Muhammad (SAWW) who seek and ask to Almighty Allah to decrease the amount of prayers Muslims were commanded to follow.

Isra and Miraj, the night is said to be one of the most admired nights present in Islam. This night is highlighted for many reasons, because on this night, Almighty Allah invited our beloved Prophet Muhammad (SAWW) to watch the heavens above and meet Him.