Muslim girl yelled Allah Hu Akbar The image of Indian extremists has gone viral. Muskan, an Indian girl, has just won everyone’s hearts by standing bravely in the face of extremists and constantly saying Allah Hu Akbar. Muskan stated that she was unconcerned about the extremists. So, let us take a look!

Muskan goes to college to give her assignment, but there are some extremists there. She was wearing a burqa and a hijab at the time. Extremists took issue with Muskan and began referring to him as “Jay Shiri Ram.” Muskan began chanting Allah Hu Akbar in front of all extremists. As a result, they became more audible in front of her. 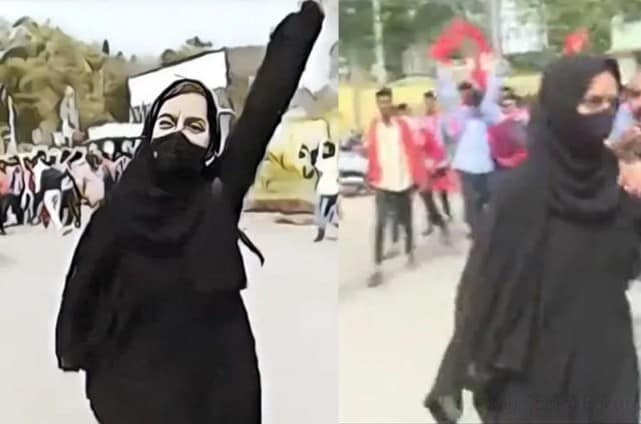 According to Muskan Share of ARY News, wearing a burqa is a part of every woman’s life. She always wore a burqa and wore a scarf to class. While her college principal never objected to her Burqa, some Indian extremists claimed that wearing a burqa or hijab is prohibited.

There are no words for your bravery,
But women who pay homage to this girl should wear hijab themselves.#حجاب_میں_لپٹی_طوائف #AllahuAkbar pic.twitter.com/VHv3GDvDqj

Take a look at the following people’s tweets:

Spoke to Muskan & her family on call. Prayed for her to remain steadfast in her commitment to education while also exercising her freedom of religion & choice. I conveyed that her act of fearlessness has become a source of courage for us all 1/n pic.twitter.com/pSoTsQ5FhL

This is for Muskan, who walked like a lioness amid the pack of saffron jackals in Mandya, Karnataka.#muskan pic.twitter.com/yhDIpKYkG1

She is the most popular girl on social media. And she’s the top trending topic on Twitter. People are praising Muskan for her bravery in the face of extremists, during which she bravely chanted Allah Hu Akbar. Muskan also stated in her interview that her other religion friend ensures her safety. look at this

Salute to the young girl Muskan who fought back alone when saffron goons rounded her up and heckled her in college. What one should eat or wear is not anybody else's business. India is a secular, pluralistic country and will remain as one. #HijabRow https://t.co/EcChDm5AtL

While she reveals that she is not the only one who has to go through this. However, the other five women were also forced to remove their burqas and hijabs. So this video went viral on Tuesday, while Muskan was at college submitting her assignment, and a lot of young extremists are against her for wearing a burqa.

So, what are your thoughts on the viral video of a Muslim girl chanting Allahu Akbar in the face of Indian extremists? Please let us know in the comments section! Thank you very much.