A Pakistani expert has produced three varieties of sugar-free mangoes for diabetics at a private farm in Sindh’s Tando Allahyar, with sugar levels ranging from 4 to 6%.

Sonaro, Glenn, and Keitt are the brands you’ll see in local markets. People with diabetes no longer have to worry about sugar-free mangoes because the majority of the calories in them come from sugar. After five years of research and scientific modification, M H Panhwar Farms created these products. 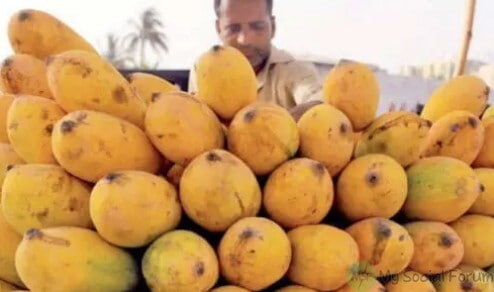 Panhwar was well recognised for his research articles and guides on organic farming, according to Ghulam Sarwar, Panhwar’s nephew and a mango expert. “Mr. Panhwar was awarded the Sitara-e-Imtiaz by the Pakistani government for his study on fruits such as mangoes and bananas. Following his death, I continued his work and made modifications after importing many mango varieties to assess their growth in this environment and soil.”

“This project is being managed on a personal level; we are not relying on any government agencies for assistance. I simply wish to raise awareness of these kinds on a national and international scale. We consider national interests, but not for the sake of profit.” 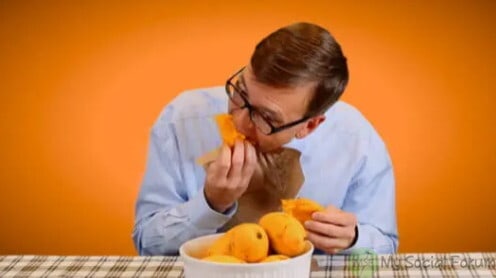 “On our 300-acre farm, we have 44 mango quality variations, including late, mid, and early variants.” He stated his study was focused on three areas: introducing new types, extending the shelf life of the mango fruit, and lowering the sugar content for diabetics. “The goal of these activities is to identify new ways to boost exports. Mangoes previously had a one-week shelf life, but this has now been extended to two weeks.”

The larger kinds, such as Sindhri and Chaunsa, contain 12 to 15% sugar. In his farms, three to four cultivars with a sugar content of only 4 to 5% were now available. “The Keitt type has the lowest sugar content at 4.7 percent, while Sonaro and Glenn have 5.6 percent and 6% sugar levels, respectively,” he stated.

According to him, diabetics can ingest up to 6% sugar; however, no doctor, including diabetics, would suggest zero sugar levels.

When asked about the cost, the expert noted that sugar-free mangoes are not only reasonable but also readily available locally. In Pakistani marketplaces, sugar-free mangoes cost roughly Rs150 per kilogramme, the same as regular types. Sarwar added that once the seasons of Sindhri and Chaunsa were finished, the sugar-free mangoes would be available for purchase in local stores.