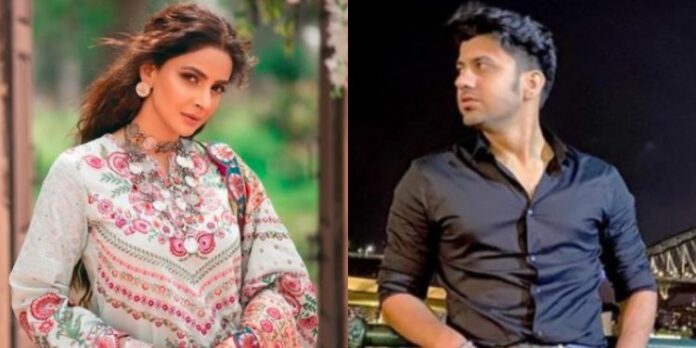 Saba Qamar has broken up with Azeem Khan for a number of “personal reasons,” only a week after announcing that she was hoping to marry soon.

Saba said in a tweet, “I have a very interesting announcement to make.” “I’ve decided to end my relationship with Azeem Khan due to a variety of personal reasons.”

Saba went on to say, “We’re not getting married right now.” “I hope you guys will support my decision in the same way you’ve always helped me, and I think it’s never too late to face the harsh realities!”

“I also wanted to clarify one important point: I have never met Azeem Khan in my life; we were just linked over the phone,” Saba clarified, adding, “It’s a very difficult time for me right now, but as we all know, ‘This too shall pass.’” 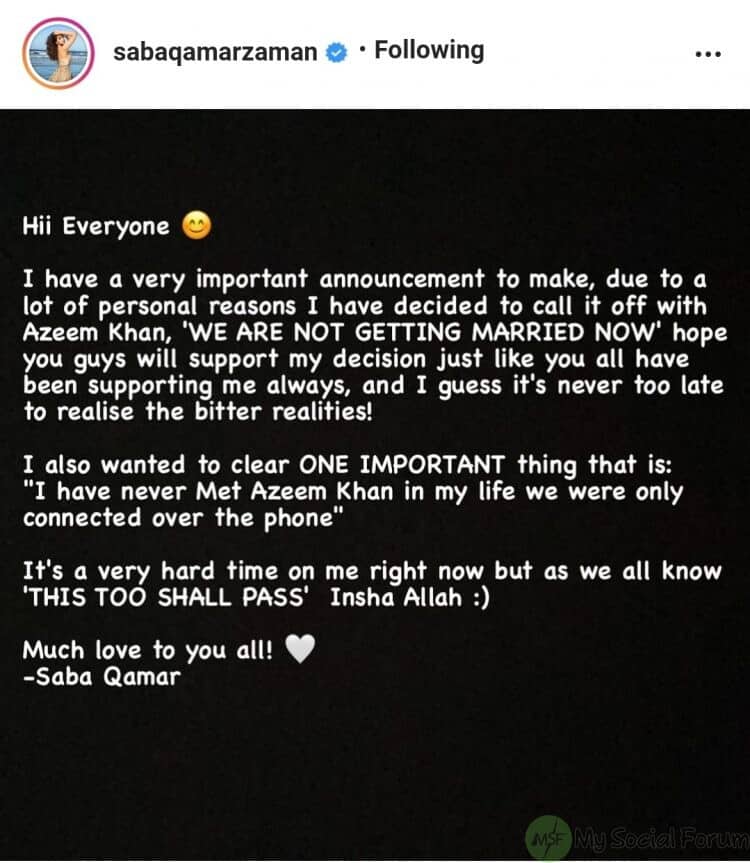 “She hasn’t written my side of [the] storey and yes, it’s my fault,” Azeem responded to Saba’s tweet. 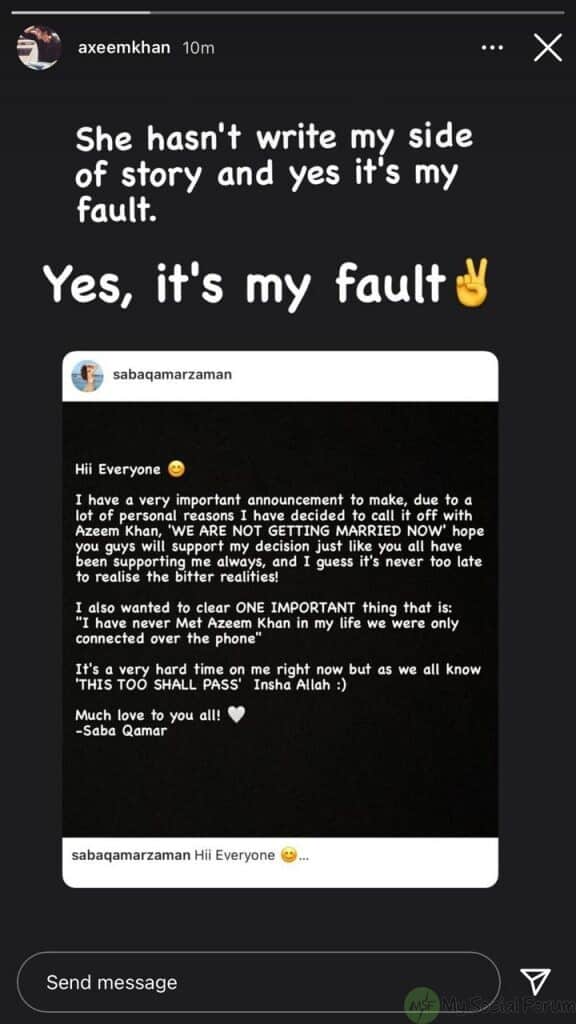 Saba had previously stated in an interview that she had found her soulmate and that “if all goes well, I will be marrying very soon.”

When Azeem commented on her post and said, “Let’s get married this year,” she replied, “Qubool Hai.” 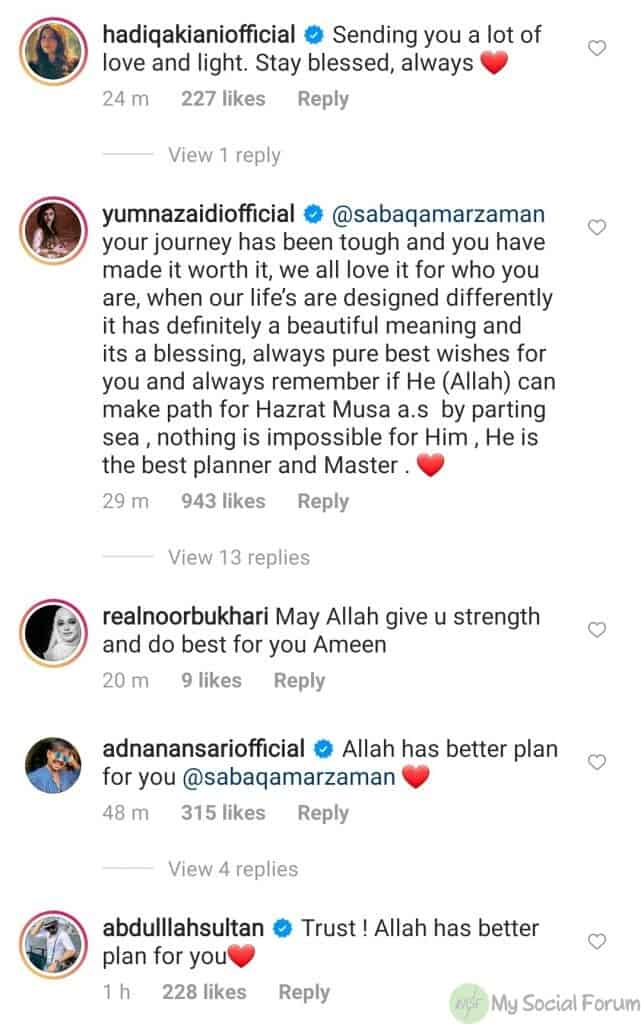