A WhatsApp message circulating on the internet claims that French virologist and Nobel Laureate Luc Montagnier has stated that “all vaccinated people would die within two years” and that the COVID-19 vaccination campaign is a “big blunder.” This is FAKE NEWS, people!

“Nobel Prize Winner Luc Montagnier has certified that persons who have received any type of the vaccination have no chance of survival,” the message reads. The world’s leading virologist declared flatly in the alarming interview.”

The newspaper who printed this in Urdu should be booked under criminal offence. Hundreds and thousands of ppl will follow this blindly. Sir @Asad_Umar @OfficialNcoc kindly take action against this and all newspapers spreading disinformation https://t.co/slDiUFsQd6

A report in LifeSiteNews was related to the false message. It is a news organisation based in Canada. Facebook blocked the website earlier this month for distributing false information on COVID-19. The website has previously been classified as “a notorious supplier of incorrect information” by Snopes.com, a fact-checking resource.

LifeSiteNews based their assertion on an article published on the website of the RAIR Foundation, a non-profit organisation based in the United States. The storey contained a two-minute video in which a French virologist criticises the COVID-19 vaccination. It went through the original 11-minute French video, which had a lot of cuts. Montagnier did, however, call the mass vaccination a “enormous blunder.” He never stated, however, that “vaccinated people will die in two years.” 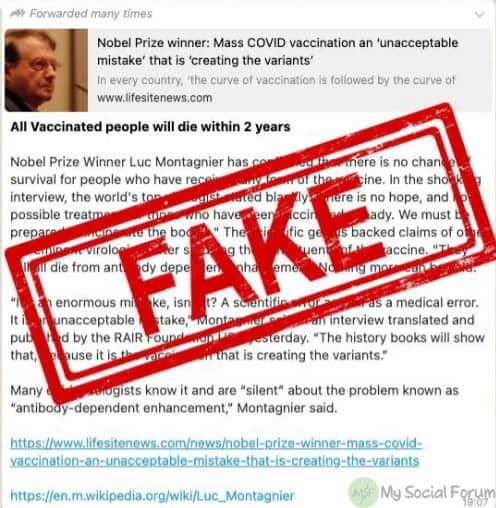 What exactly did Montagnier say?

According to the Nobel Laureate, widespread vaccination is causing the virus to create varieties, driving it to either find a cure or perish. “Vaccines develop new variants,” according to the French professor (also mentioned in the fake message). 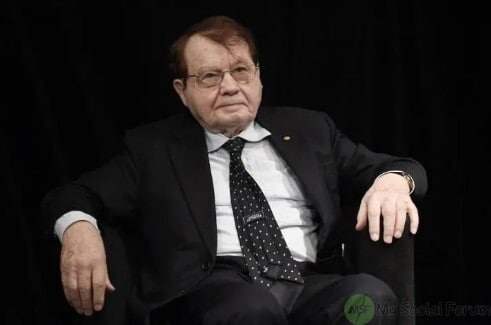 In the meantime, scientists and international health organisations have repeatedly stated that virus mutation is a common and expected occurrence. When viruses have one or more mutations, they generate variants. When it replicates in the human body, it causes this.

Some COVID-19 variant mutations are reported to evade the immune system and antibodies in the body. The virus, on the other hand, mutates as it spreads. Vaccines can help to reduce this transmission and prevent the emergence of new mutations and variations, according to researchers. 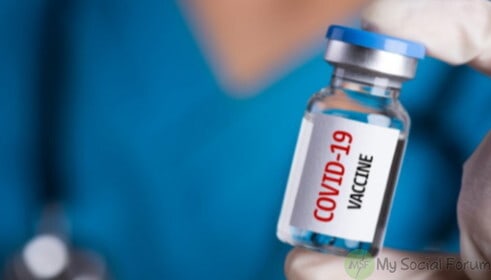 Montagnier, on the other hand, has never stated that persons who have been vaccinated will die within two years. “There is no hope and no conceivable therapy for people who have already been vaccinated,” he hasn’t said. We need to be ready to burn the bodies.”

The fact-checking handle of the Press Information Bureau (PIB) also declared it to be a hoax and advised people not to send the post.

The claim in the image is #FAKE. #COVID19 Vaccine is completely safe

This isn’t the first time a debate has erupted around the COVID-19 vaccine.