In his everyday life, the famous Pakistani TikToker Mian Kashif Zameer is renowned for wearing loads of gold of about 4 kilos in various ornaments. That’s worth crores, too. A strong gold chain, a bracelet, as well as rings are among his golden objects. The love of Kashif for the glittering metal does not end with gold, but he also wears a watch made of pure diamond. He also owns a lion as a pet, in addition to this.

The chains he is wearing are made of pure gold around his neck. They weigh approximately 1,5 kg. If we were to talk about his rings and bracelets, they all weigh more than two kgs. In addition, the watch he wears is made of pure diamonds and is plated with gold. That’s not it, but it’s 22 carats. 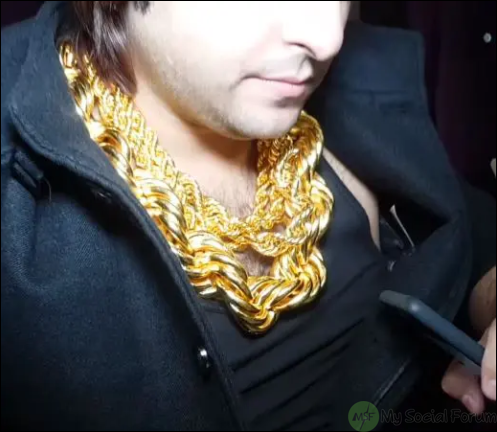 Kashif belongs to a well-off family with a business run by the family. He is the Chaudhry Group of Companies’ managing director (MD). His father was a judge of the session and the whole business was handed over to him after his demise.

Ertugrul Ghazi, aka Engin Altan Duzyatan from the hit Turkish drama series Dirilis: Ertugrul, gave him three of the rings he was wearing as a gift. In Turkey, they gave him a gift.

The ring was offered to him by the actor as a return gift that Kashif gave to Engin. As a present, he gave him a ring that has the Pakistani value of around 60 lac rupees. It is made of pure gold and diamonds, and it is 24 carats.

I have been fond of wearing gold since I was 14. I’m wearing 1.5-kilo gold today, which costs more than 2 crores in Pakistan,’ Kashif shared with Daily Pakistan host Yasir Shami, as the Pakistani TikToker recorded wearing 4 kilograms of gold a day. The three rings Engin bestowed on him were the ones he wore in his drama series.

Kashif reveals that it is not black money.

The star of TikTok shares that he pays all the taxes and zakat, and that he uses the money left behind. A whopping number, which is pointless to claim. Therefore, he explains, it’s not black money. In addition, he adds that the Federal Revenue Board (FBR) has never raised an eyebrow about his earnings or expenditures.

Kashif revealed that he is a close friend of Punjab CM Usman Buzdar, as well as Yousuf Raza Gilani and many others in politics, speaking about his political connections. 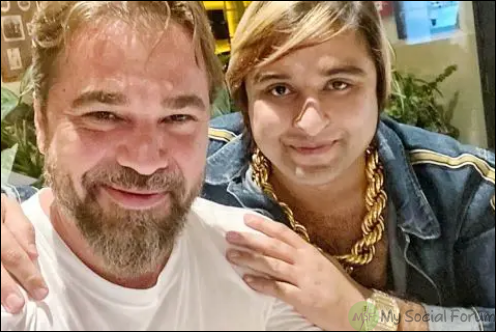 TikToker assured the actor’s safety in Pakistan at a meeting they had in Turkey. He also addressed the places he would stay in Lahore, as well as the individuals he would encounter.

Kashif has also kept a lot of guards for his protection, in addition to this. One is from South Africa. There’s 1 lac rupee he pays them.

Watch the video here and keep your jaw from falling!