Qasim Ali Shah of netizens school is a well-renowned teacher, an inspirational speaker, and a practical educationist of Pakistan, brought his views to the fore by saying women is born to serve men

Our society never misses an opportunity to always remind women that their most important priority in life should be a good wife, and a good mother. And now, a person who has millions of followers, and also a self-proclaimed motivational speaker is fostering suppression on women.

The ‘educationist’ emphasizes on the need of developing an idea in the mind of a girl since her childhood that her initial responsibility is to be a good wife and mother. Shah did his best to clear the concept that women are seen as nothing more than objects. 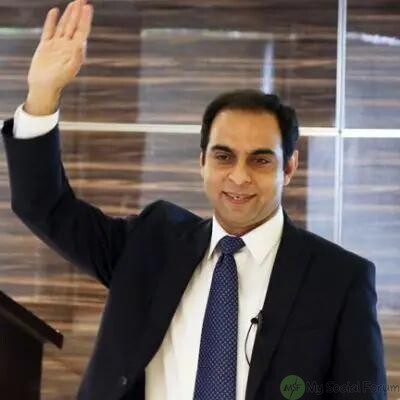 He further said that

“We have seen that in schools where our daughters are studying and till matric, they don’t emphasis on the teaching of how to be good wives, even though in a woman’s life, the foremost important  goal is to be a good wife and mother,”

Mr. Qasim Ali Shah claimed that all women are good for is to be bred to be good wives, and mothers.

As far as everything has changed but old concept of our society constantly remind women and young girls of their foremost important goal of life. Just as Mr Shah narrated above. In times when women need to safeguard for their basic rights, Qasim Ali Shah’s harsh comments on women to serve men is not acceptable in any way.

Also Read: How To Apply For Punjab Rozgar Scheme Ever 2020! Apply Here!

This is really unfair to comment that women are born to serve men. Yes, women should know what are her responsibilities and how to fulfill them but that doesn’t mean that you tie a leash around the girls’ neck and hand it to her husband? Girls in our society are taught to cook for a very young age. It is constantly asserted that betiyan parayi hoti hain (which means that one day they should get married and live the entire life with someone else).

Reaction of the Twitterati

can imran Khan pls introduce a new subject perfect wives 101, when we study that, boys can go for games class, qk wo tou perfect hain 😍

(also i stopped listening to this vid after this, so idk how he concluded but qasim ali shah im throwing your books out ) pic.twitter.com/KuR7OrHcTj

Thank the universe for @sabizak for making an alternate pov accessible to the demographic listening to the likes of Ducky Bhai & QAS.

The fact that people like Qasim Ali Shah have the power to influence young minds in a country where male chauvinism is already a huge issue is sickening tbh..

Why even have girls schools if they can't teach them to be slaves to their husbands?

LGS should rename itself to Lahore Groom Slaves, burn all the science books, and teach young girls to make better wigs, so Qasim Ali Shah never appears on camera looking like this again. pic.twitter.com/pQdrTprfNv

Hence, the conclusion for the content is that it is the only decision of women how she wants her life to be. By only becoming a good wife and mother is not the solution to all problems. Qasim Ali Shah by bringing this view to the fore has got hatred reaction from his school as well as from others also. A very few people supported his idea. Earlier Shahid Khan Afridi was also put into fire for exploring such views.

What do you think of this story? Let us know in the comment bar below.