While Pakistan suffers from an explosive wave of cases of sexual harassment and growing paedophilia, Mufti Tariq Masood has revealed his corrupt inner self. Apparently, this mufti is joking about paedophilia and child marriage. Unfortunately, the amount of filth being preached in the guise of faith is no longer astonishing.

Evidently, paedophilia is Pakistan’s very own ticking time bomb. Sadly, we have somehow become a country that is now immune to enormity. And definitely, the death of us would be our arrogance, inaction, and failure as a community. 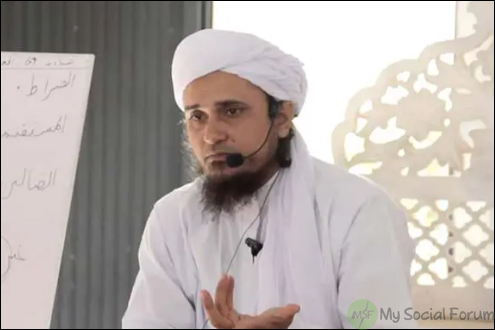 We go through cases of sexual harassment every other day that wreaks havoc on many souls. On a regular basis, a child or woman becomes a victim of an unspeakable crime. But still, deaf people appear to joke about the persistent matter in some tone.

We live in a world where young people are subjected to sexual abuse while their abusers walk openly and are psychologically hurt. A religious figure, who has God knows how many followers, endorses child marriages, and paedophilia, in a world where sexual abuse is rampant and our generations are on the verge of destruction.

Let’s not forget that these so-called faith leaders have an immense influence on their followers. People are vulnerable to blindly understanding their teachings. But here’s Mufti Tariq Masood who while delivering a sermon, endorses filth.

Really i thought Mufti Tariq Masood was one of the better ones.

Keeping a religious title comes with a bag that has its own obligations. Needless to say, the rank and credentials he carries appear to disillusion individuals listening to his sermon. The mufti chuckled literally at such a serious topic.

His profoundly disturbing and filthy mentality excuses nothing. This is precisely how the prevalence of paedophilia, child marriage, and rape in our culture is implicitly normalized by these corrupt minds. Where we are going as a country is shown by the rampant rape culture.

A soul-wrenching sexual harassment case came to the limelight just this week. Three men gang-raped a woman and her four-year-old daughter in the Kashmore district of Sindh for two weeks. But unfortunately, somehow, we have become a nation immune to such nauseous and barbaric acts now.

Beautiful Pictures of Sonya Hassan, Celebrating Her 31st Birthday and Receiving Best Wishes From The Fans And Friends