Dua Zehra Kazmi, 14, has reportedly been found married in Lahore after going missing on April 16 from the Golden Town area of Al Falah.

Dua said in a statement released after her recovery that she had willingly travelled from Karachi to Lahore. Dua claimed to have married Zaheer Ahmed, a resident of Lahore’s Shershah district, according to the police. 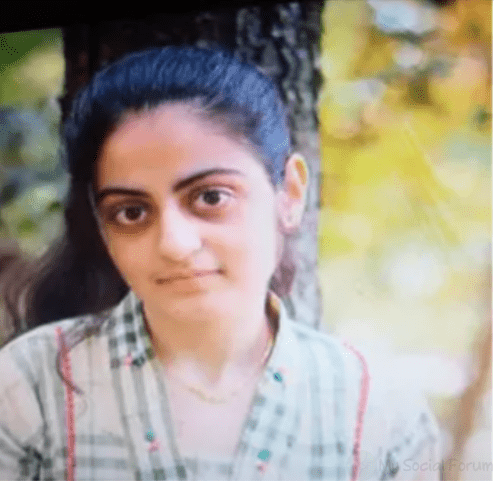 Dua stated in a police-recorded video statement that she came to Lahore of her own free will. The police have gotten the teenager’s marriage certificate, which was produced by Zaheer, and are currently checking it.

It is important to note, however, that a juvenile cannot give her consent to marriage, and the 14-year-age old’s has been incorrectly recorded on the nikahnama.

#BREAKING: In 14 years old #DuaZehra nikahnama her age falsely written 18 years. A clear case of forgery and child marriage, authorities shall not let it go and set a precedent. Sympathies with poor Dua Zehra and her parents. pic.twitter.com/P1K0rdPOGE

According to previous media accounts, a girl spotted in CCTV footage was Dua, who had willingly left the residence. According to these reports, mobile phone data, school records, and doppelgängers of her neighbours, acquaintances, and family members indicated that she had left her home ostensibly for a freewill marriage. The family, on the other hand, refuted all of the information and called it a plot against them.

The mother of the then-missing person had previously stated that if her daughter was not found, she and her family would commit suicide in front of the Governor’s House. “I’d like to keep my daughter alive.” “I am a mother, and if she is discovered dead, I will not take her body like Zainab [Ansari] did, and I would keep her body outside the Governor House,” the mother added.

Someone Please Fine This Girl

Following Dua’s abduction, her father filed a police report, claiming that he had no personal grudges against anyone. “For the past one and a half years, my daughter hadn’t even gone to school,” her father told The News.

He explained that they resided on the first floor and that his daughter had gone downstairs to dispose of the garbage. She, on the other hand, never returned.

“The news in the media about my daughter’s recovery from Sanghar is false. “Even the girl seen in the CCTV film getting into a Suzuki vehicle is my neighbor’s daughter who was on her way to work when she was caught on camera,” he claimed.

Police performed several raids but were unable to locate the girl, who they claimed may have left the house on her own accord. The family, on the other hand, was not convinced by this theory.