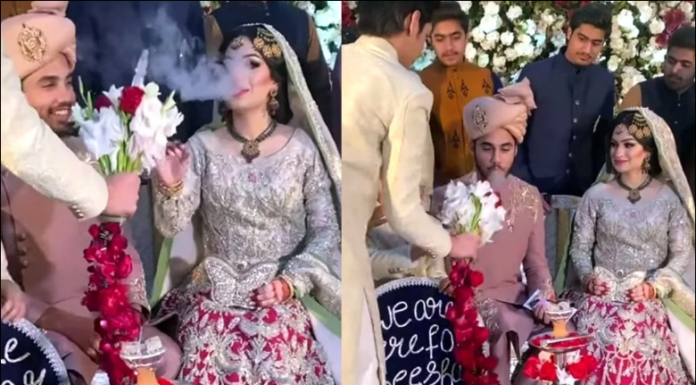 We’ve all seen those fun YouTube videos of couples at their wedding doing something different. Although some of them are epic, others only come off more dumb than beautiful.

With a special entrance, they all intend to give their guests an unforgettable experience. But this Pakistani pair traded Doodh Pilai’s ceremony for the controversial smoking of sheesha. Or are we going to name it sheesha pilai? 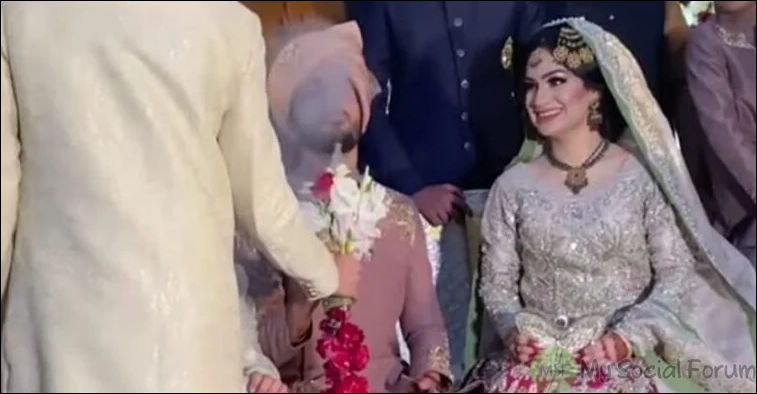 One of the most common customs in Pakistan is Doodh pilai (milk-drinking rasm). Prevailing periods, however, have often restyled the wedding traditions. Basically, the groom has to drink milk from a bottle that is fantastically decorated. The glass is given to the groom by the bride’s family.

Moreover the bride’s family will put a knot in the straw if they want to add a twist to the ceremony. However he has to pay cash if the groom is unable to drink, or does not want to. But we saw this being totally revamped at a recent wedding instead. 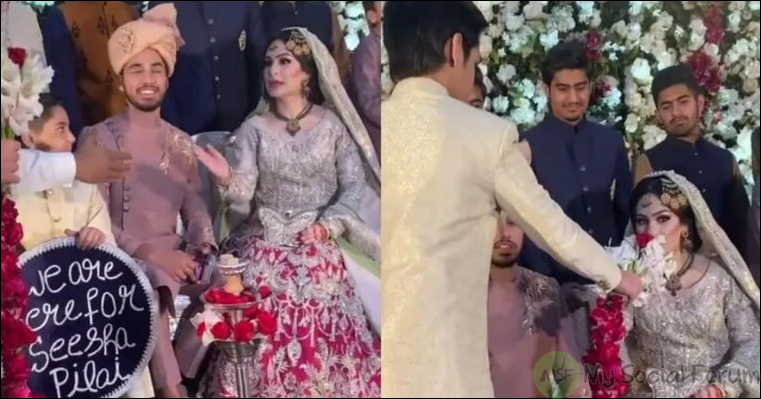 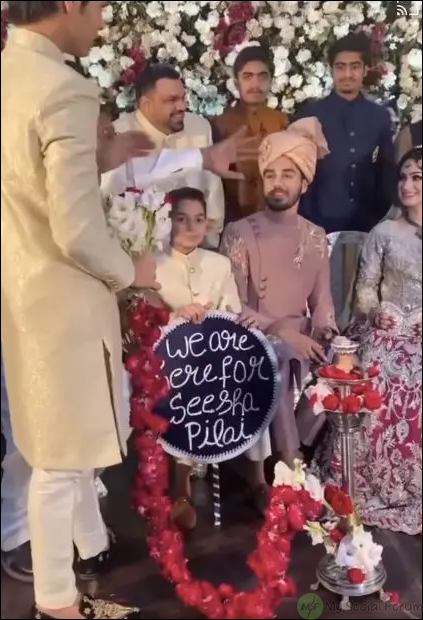 Milk was substituted for sheesha. A wedding festival video recently went viral on social media, where the bride and groom smoke sheesha instead of doodh pilai as a tradition. You can see the wedded couple enjoying sheesha embellished with fresh flowers while the participants praised them.

It seems as if the couple is trying to make one of the unconventional ones for their wedding.

Earlier, a photographer captured the unique moment of the bride in her wedding dress with the groom by her side in probably the most unusual wedding video you’ll ever see, both simultaneously puffing on the same cigarette. The video went viral, and our moral police in Pakistan couldn’t be more pissed off.

While another video of a mother-in-law offering her son-in-law a unique gift also stirred a debate. During the wedding ceremony, she gifted the AK-47 assault rifle to her son-in-law. The woman congratulated the newly-wed couple who were seated on the stage and presented the groom with the assault rifle. As it seems, new wedding traditions are coming to the fore with the passage of time.